The two-time Masters champion was excited to show off his new shoes before the start of the tournament. 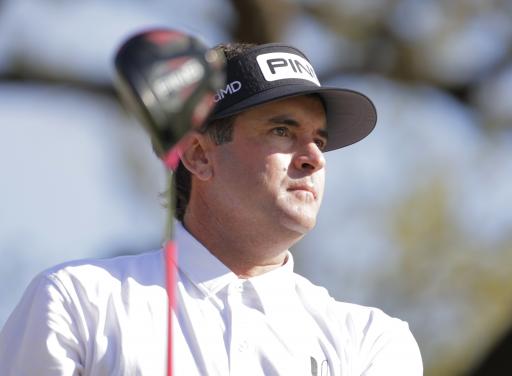 An excited Bubba Watson posted a picture of his new Jordan golf shoes as he prepares for another tilt at The Masters.

Watson has a great record at Augusta National having won The Masters in 2012 and 2014 and he will be donning a brand new pair of shoes this week.

"Play well!! Would love it if you brought home another Green Jacket!" One supportive fan said.

"How are you 85/1 to win the Masters??? You definitely deserve more respect than that!!" Another fan said.

"Good luck, can I have your shoes when you're done putting on the green jacket..." One fan said.

Watson has always been known on the PGA Tour for his incredible shot-shaping and long drives, but also for his unique use of colour in his clubs and equipment.

We have seen Watson use drivers with pink shafts and clubheads for a number of years as well as multi-coloured golf gloves as well.

In November, Ping announced that they had signed a lifetime contract with Watson who claimed he had worn their clothing ever since he was a child.

The 42-year-old has made his Ping visor a trademark piece of clothing and it has made the World No.58 an immediately recognisable figure on the PGA Tour.

In January, Watson announced that he would become an ambassador for Linksoul, which is a lifestyle apparel brand that now provides Watson with much of his clothing.

If Watson was to win The Masters for a third time this week, he would join a list of eight other players in history to have won The Masters at least three times.

NEXT PAGE: ARSENAL LEGEND PAUL MERSON FINDS THE WATER AT THE MASTERS