World No.2 Justin Thomas believes Augusta National is the ideal golf course for him to win his second major title. 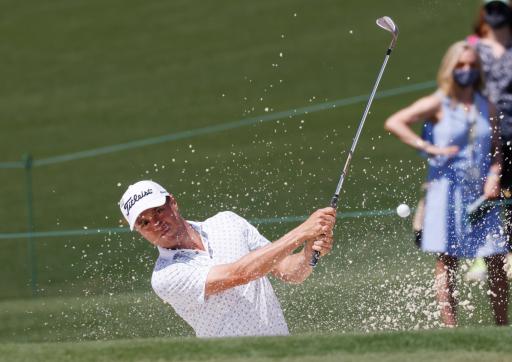 Justin Thomas said he is missing the presence of his friend Tiger Woods at this year's Masters, but he is relishing the opportunity to win a second major title at a golf course that he believes is ideal for his game.

Woods is unable to attend this year's Masters as he is at home in Florida recovering from a car crash in February, which meant that he also missed out on the yearly Champion's Dinner, which Dustin Johnson hosted on Tuesday.

Thomas and Woods are close friends and over the past few years have enjoyed playing practice rounds together at Augusta National, alongside former Masters winner Fred Couples.

Speaking to the media ahead of this year's tournament, Thomas was asked what he missed most about Woods being at home.

"I'm very, very lucky that I somehow got thrown into that practice round group with Tiger and Freddie (Couples) the last four years or whatever it is, especially around this place. I just follow them around like puppy dogs.

Although he hasn't been able to spend time with the 15-time major champion on the golf course, Thomas has seen him since he returned home, something that Rory McIlroy revealed he had also done recently.

"I remember when I was out a month and a half for my wrist (injury) and I remember the people that reached out to me and checked on me, see how I was doing," said Thomas, who won the Players Championship in March.

"That's just what I want to do for him, is just be like, dude, I'll do anything you want. If you need me to help out with your kids, I can do that. If you're craving McDonald's and you want me to bring it over, I'm here for you and I'll help out however I can.

"It's been good just to go hang out with him. We are fortunate with the basketball to just hang out and watch sports like we would any normal time."

RELATED: Bryson DeChambeau adds prototype 4.5 DEGREE driver to his bag for The Masters

Thomas has claimed one major during his career - the 2017 PGA Championship - and in November he shared the lead at The Masters after the second round, but slipped down the leaderboard to finish fourth.

The 27-year-old feels as though Augusta is a course where he can thrive and he hopes his experience over the past few years can help him in his quest for a second major title.

"It's hurt me in other majors, not just here, but it's the (fact I) want to win so bad," he said. "I feel like this place is so good for me.

"I'm doing the same preparation that I do in other majors and for this event, and for some reason everybody wants to win it a little bit more, and I definitely got sucked into that.

"But hopefully at the almost age of 28 now, I've matured a little bit and understand if and when it's my time, it will happen."

NEXT PAGE: Brooks Koepka fighting through the pain with "funny" way of bending down