European Tour star and Twitter funny man Eddie Pepperell has promised to play a round of an event without a shirt on if Jordan Spieth doesn't win The Masters this week. 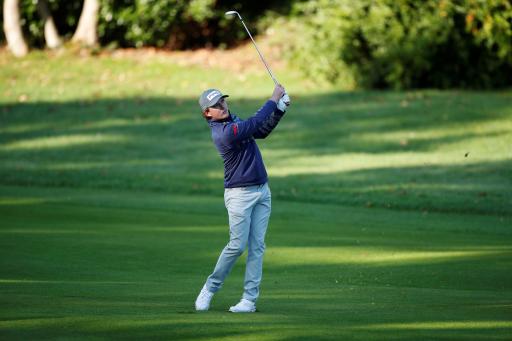 Eddie Pepperell might not be playing at The Masters this week, but he will definitely be watching all the action at Augusta National and he's very confident that one man in particular will walk away with the Green Jacket.

Spieth ended his 1,351 day wait for another victory on Sunday, adding a 12th to his impressive tally with a win at the Valero Texas Open at TPC San Antonio.

It's been a seriously tough grind for Spieth over the past few years and he came very close to slipping outside the top 100 players in the world, but his latest victory has jumped him up to 38th.

With the weight of the world now off his shoulders following his latest PGA Tour victory, many fancy Spieth to go on and win for the second week running at The Masters.

Spieth claimed his first Green Jacket in 2015, a year in which he won five times, including illustrious tournaments such as the US Open and the Tour Championship.

There are a number of top players heading into the first major of the year with a great chance of winning and we've picked out a few bets ourself at Augusta which you can take a look at here, but there is only one man that Pepperell is backing this week and that's Spieth.

In fact, Pepperell is so confident that Spieth will win The Masters, he has promised to play a round of a tournament without his shirt on should the 27-year-old not get the job done come Sunday.

If Spieth doesn’t win at Augusta this week, I’ll play a tournament round next year topless.

"If Spieth doesn’t win at Augusta this week, I’ll play a tournament round next year topless," Pepperell said on Twitter.

The Englishman also announced that he will be making an appearance on Sky Sports on Tuesday evening, but warned viewers not to expect much from both his hair style and his golf ability.

I’m on Sky Sports tonight previewing The Masters. I believe the mighty @sam_golf will be singing and the Mighty Scot @jamiecweir will be hosting. I’ll warn you now about my hair. I’ll also be hitting some shots so you can see what I’ve been working on; sod all.

NEXT PAGE: Golf fans react to Brooks Koepka tweet about injury rumour ahead of The Masters