Justin Rose: Will the Augusta nearly man win The Masters in 2021?

Justin Rose stormed into a four-shot lead after the first round of The Masters as many of the world's best players struggled. 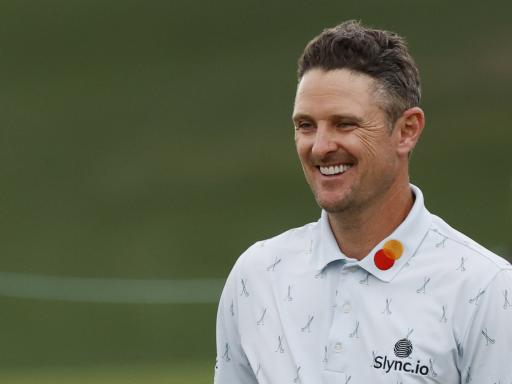 Justin Rose fired a scintillating 65 in the first round of The Masters to finish on 7-under-par, despite bogeying two of his first seven holes.

An eagle at the par-5 8th got the Englishman back on track and he followed this with an incredible run of seven birdies on a day when many of the world's best players faltered.

It is no surprise to see Rose at the top of the leaderboard at Augusta National when you consider his record in this tournament. Since his debut in 2003, Rose has finished in the top 15 on eight occasions.

In 2007, the 40-year-old finished just three shots behind Zach Johnson in fifth place and was four strokes behind Jordan Spieth in 2015 in tied second.

Rose's most agonising year at The Masters came in 2017 when he lost to fellow European Sergio Garcia in a playoff.

On the 72nd hole, both players had a putt to win the tournament but missed, and on the first playoff hole, Rose hit his tee shot under the trees on the right-hand side of the 18th hole. The Englishman had to lay up short of the green and Garcia would go on to win his first major title.

But this year could be different for the Rose who leads The Masters after the first round for the fourth time in his career, which is a record he now shares with Jack Nicklaus.

His first-round score of 65 was made all the more impressive on a day where the field average was 74.57 and his four-shot advantage ties the second largest 18-hole lead in Masters history.

Rose has made 179 birdies or better since the 2011 Masters, which is the most by any player today.

Yesterday's round saw a welcome return to form for Rose whose best finish on the PGA Tour this season is a tied 17th place finish at the ZOZO Championship in October.

The US Open champion of 2013 last won on the PGA Tour at the Farmers Insurance Open in 2019, a victory that added to Rose's tally of 10 on the PGA Tour.

The World No.39 is clearly able to produce his best golf at Augusta where he has only missed one cut since his debut in 2003.

Rose's consistency at The Masters is there for all to see and if he can continue his superb play from the first round, 2021 could be the year he finally slips on that famous green jacket.

Nobody could deny him that.

NEXT PAGE: JUSTIN ROSE LEADS THE MASTERS AFTER STUNNING ROUND OF 65