Kevin Na dropped his family off at the airport and rushed back to Augusta National to witness his friend Hideki Matsuyama make history. 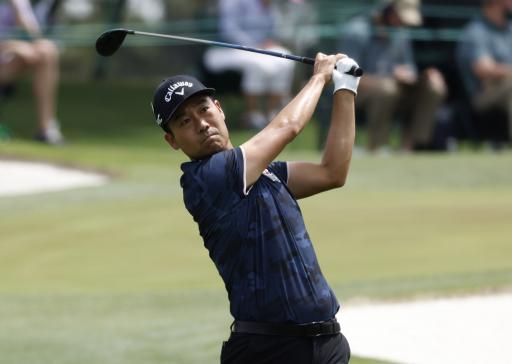 Kevin Na told Golf Channel that after dropping his family off at the airport, he rushed back to Augusta National to witness his friend Hideki Matsuyama win The Masters.

Matsuyama made history by becoming the first Asian-born golfer to win The Masters and Na believes there are others out there that can follow suit, including himself.

Na finished in a respectable tie for 12th with a total score of 1-under par and after making sure his family got to the airport safely, the 37-year-old was in a hurry to get back to Augusta to witness history being made.

The PGA Tour star was seen by Golf Channel rushing out to the 18th green, where Matsuyama made a bogey-5 to claim a one-stroke victory over Will Zalatoris.

Kevin let us know on IG that he was rushing back after dropping his family off at the airport pic.twitter.com/xcwD1FuF9K

"I wanted to be there for Hideki, I'm good friends with him," Na told Golf Channel.

"I think there's many other Asian players out here that are going to win more, guys like Sungjae Im, Si Woo Kim, hopefully myself, there's plenty of us out here that can do it and to see a fellow Asian do it means a lot."

The Masters
GOLF QUIZ: Can you name the last 30 winners of The Masters?
PGA Tour
LEAKED: Tiger Woods and Rory McIlroy's text conversation after RIPPED SHIRT!
PGA Tour
Bubba Watson asked 'the Lord to take him' at lowest point of mental health
The Masters
Tiger Woods: Betting odds of big cat WINNING the 2022 Masters have been listed
PGA Tour
Study shows THREE-PUTT PERCENTAGE difference between The Masters and PGA Tour