The Masters: Form guide of the World's Top 10 players

How well are the top 10 golfers on the planet playing as they arrive at Augusta National for The Masters? 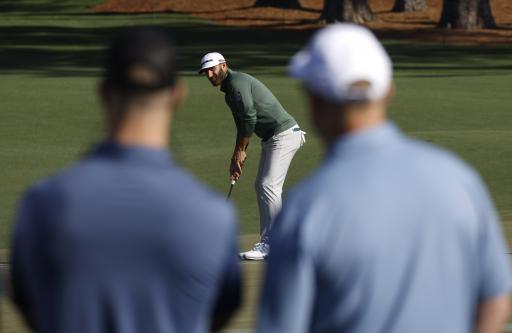 The first major of the season is upon us and the best golfers in the world have arrived at Augusta National in the hope of winning The Masters.

We take a look at the form of the world's top 10 ranked players to find out who we can expect to see at the top of the leaderboard on Sunday, starting at #10:

Patrick Cantlay has made 10 out of 11 cuts this season and won the ZOZO Championship in October. The American is fourth on the PGA Tour in birdie average and sixth in total strokes gained.

Cantlay's impressive scoring averages could help to improve on his career-best finish of tied ninth at the 2019 Masters.

He's also the pick of our Head of Content Andy Roberts this week at odds of 22/1, so we have got very high hopes for him indeed - click here for the full list of GolfMagic Betting Tips at The Masters.

Webb Simpson is an extremely steady player, and typically a fantastic driver and putter of the ball.

The former US Open champion is sixth in driving accuracy on the PGA tour and eighth in strokes gained around the green.

His form in these areas have produced four top 10 finishes in 11 events and he also finished tied 10th at The Masters in November.

Tyrell Hatton is the highest-ranked English player who spends time both on the PGA Tour and the European Tour.

He has made two top 10's in 10 PGA Tour starts and his last win came at the Abu Dhabi HSBC Championship in January.

The 2018 Masters champion is ranked first in strokes gained in putting on the PGA Tour, which is a crucial statistic heading to Augusta.

He is also second in birdie average which suggests that Reed's putting will be the key to his scoring this week at The Masters.

Reed also has the most profitable swing when it comes to The Masters - check this out.

Xander Schauffele has been unfortunate not to win on the PGA Tour this season as he has finished second on three occasions.

He is ranked second in total strokes gained and is doing all the right things to suggest he could be in contention this week.

A maiden major title is well within his sights now, and having come very close in the past, this could finally be the week.

Bryson DeChambeau is the man on everyone's lips this week, as he looks to thrash his way around Augusta National as the PGA Tour's longest hitter.

DeChambeau's powerful style of play has the potential to make Augusta play much shorter compared to other players.

Collin Morikawa has had three top 10 finishes this season including a victory at the World Golf Championships-Workday Championship in February.

He is ranked fifth in greens-in-regulation this season which is an important part of your game to perfect when playing at Augusta.

The reigining US PGA champion could very well add another major to his CV this week. He is arguably the brightest young spark in the game right now at the age of 24.

Jon Rahm has finished in the top 10 at The Masters on his last three visits and has solid form in this major.

He has made every cut on the PGA Tour this season so all the signs show that it could be a big week for the Spaniard.

Rahm is arguably the best player without a major to his name right now, so you have to feel it's just a matter of time until he wins one.

Justin Thomas is enjoying a fantastic season having won The Players Championship in March, as part of five top 10 finishes.

He has earned the most money of any player on the PGA Tour this season and leads the way in birdie average as well.

Thomas only has one major to his name at the 2017 US PGA Championship, but you have to believe it won't be long until a second arrives.

Dustin Johnson is the reigning Masters champion and he currently finds himself in the top 10 for driving distance, eagles-per-hole and scoring average on the PGA Tour this season.

Despite not being at his best in recent weeks, the World No.1 still has four top 10 finishes in eight PGA Tour appearances, and he also won in Saudi Arabia earlier this season on the European Tour.

Johnson is arguably the man everyone has to beat at Augusta National once again this week.

Previous
New golf book released to mark 10th anniversary of Seve Ballesteros' passing
Next
Rory McIlroy: the reason why he has #22 on his TaylorMade golf balls