The Masters: Ian Woosnam says he hates fans yelling: "Get in the hole!"

Ian Woosnam discusses his 1991 victory at The Masters and why he dislikes golf fans yelling a now familiar phrase. 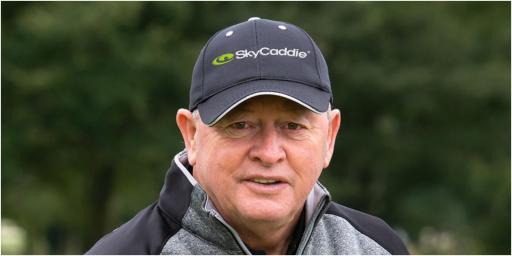 Ian Woosnam says he hates "all the get in the hole stuff" yelled by golf fans and wishes those shouting such lines would be stopped or thrown out.

In an interview with The Times ahead of the 86th Masters, Woosnam also conceded that Augusta National has "wrecked him".

The 64-year-old finally called time on playing the tournament earlier in the year after thinking over the decision long and hard.

"Time to watch the young guy's play," Woosnam, who is the only Welshman to win the green jacket, said. "Thank you for everything Augusta."

Woosnam played The Masters 32 times. He triumphed in 1991. He has been vocal with his struggles with ankylosing spondylitis, a condition that affects the spine and has been playing in pain for years.

Though Woosnam has seven top-25 finishes, his victory was the only time the former World No.1 finished inside the top 10 in Georgia.

Ian Woosnam heading out for his 89th round at #TheMasters

The hall of famer told the newspaper about his final round with Tom Watson in 1991 when he hit a drive into the water down the stretch.

"Yeah, I remember Amen Corner," he said. "There was a long wait on the tee at the 13th and I pulled my drive.

"There were cheers and I thought it had bounced out, but the cheers were because it was in Rae's Creek.

"They can be like that, and I'd get a bit. I hate all that 'Get in the hole' stuff now.

"I wish they'd stop or throw them out, but being small I always had that little guy, big guy thing.

"I had to take a lot growing up, but not for long. They soon found out."

Woosnam eventually one The Masters by a margin of one stroke over Jose Maria Olazabal.

He also told the paper: "Augusta is like paradise. But it's a killer too. It wrecked me."