Rory McIlroy pinpoints a major reason that affected his momentum going into the majors and why he is a people pleaser. 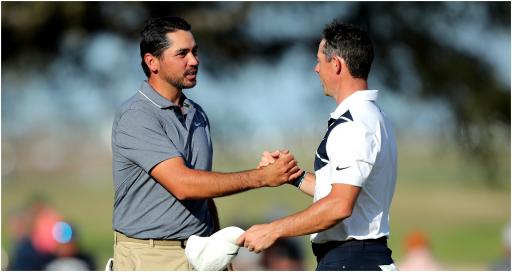 Rory McIlroy says it "weighs" on him if he is "p****** people off" and he "doesn't want people not to like me" as he heads into The Masters.

More: Rory McIlroy talks about visiting Tiger Woods ahead of The Masters

McIlroy, 32, will head to Augusta National and attempt for the eighth time to win the career grand slam.

Cast your mind back to 2015 and McIlroy's life looked a lot different. He was the Open and US PGA champion after victories at Royal Liverpool Golf Club and Valhalla. It looked like he couldn't be stopped.

Then McIlroy did something foolish. He ruptured his left ankle ligaments playing football. His first Masters back from that injury saw him miss the cut as Jordan Spieth won.

The Northern Irishman told the Guardian that he won't make that same mistake twice but it certainly affected his momentum going into the majors.

He conceded that his confidence was perhaps a little bit dented from "that episode" and his mindset was affected.

McIlroy made his Masters debut in 2009. He finished in a tie for 20th and ever since then it has been a mixed bag.

There were missed cuts and a handful of good runs. His record - in my opinion - is actually very good but he just has so much expectation on his shoulders.

Now he admits that he realises that Augusta National is "just another place."

McIlroy decided to switch up his Masters preparation this year by scouting the course alone. It's something he's not done before. Though he did bump into Tiger Woods.

He also didn't stay at the property ahead of the tournament. Something he has done before. He flew in, then flew out.

He told the paper: "It's just a golf club. The less you can make it a big deal is the best way to get the best out of yourself.

McIlroy added: "When you are in these major championships it feels like it is the biggest thing in the world.

"Being removed from it and going through rehab with my ankle made me realise people were just getting on with their lives.

"I had fresh perspective and a fresh appreciation from that."

McIlroy was reduced to tears at the Ryder Cup when it dawned on him Europe were about to be trounced by the United States.

He later said he realised for six months he was concentrating too much on technique instead of just being instinctive.

That's where that outburst of emotion came from.

It's been another interesting year for McIlroy. He never shies away from offering his thoughts.

Threats of a breakaway golf league funded by the Saudi Arabians has been the topic of conversation for so long that even McIlroy said he was sick of it.

He also called for the PGA Tour to be more transparent.

He told the paper: "I offer opinions on things within our game. Going into current affairs is a lose-lose.

"You can’t win. That's the reason the Olympic decision [choosing to represent Ireland] weighed so heavily on me because you cannot please everyone.

"If I know anything about myself it's that I’m naturally a people-pleaser. It weighs on me if I am pissing people off.

"I don’t want people to not like me. You end up where it's better saying nothing.

"I still feel like I am very reserved, I could say way more but I don’t. It’s also not my place, right? I am [only] a golfer at the end of the day.”

Do you think Rory McIlroy will win The Masters? Will he ever? Let us know on our social media channels.