Viewing figures for this year's Masters Tournament drastically improved from November's statistics, but they were still lower than usual. 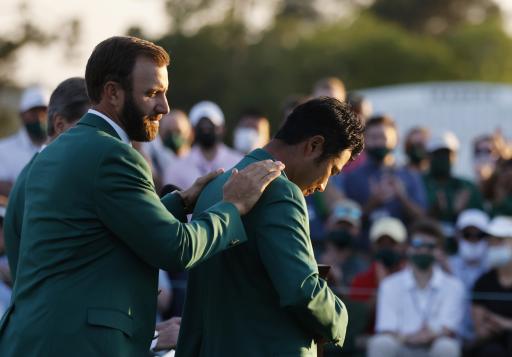 Viewing figures for the 2021 Masters took a huge leap from those recorded in November last year, but they still resulted in the second-worst viewership since 1993.

When Dustin Johnson won The Masters in 2020, the viewing figures were jaw-droppingly bad, which was caused by a mixture of the lack of atmosphere without spectators, as well as the fact that the iconic major took place at a later date in November.

Due to the coronavirus outbreak last year, what is usually the first major of the year became the last, when Johnson won his first green Jacket in November, with the event scheduled against the NFL and college football, causing viewing numbers to drop.

The good news is that this year, the final round of The Masters averaged almost 9.5 millions viewers - according to Sports Media Watch - which means numbers were up by almost 70 percent compared to 2020.

RELATED: Golf fans react to the first major of the year

Hideki Matsuyama made history, by becoming the first Asian-born golfer to win The Masters, but even that wasn't enough to get viewing figures back to normal, with 13 percent viewer figures than the 2019 event.

You could argue that 2019's numbers were higher due to the most famous golfer on the planet winning his 15th major title, but unfortunately this year's tournament had the second-worst viewership since Bernhard Langer won his second green jacket in 1993.

There are positives to take though, with more people tuning in to watch the sport as a whole. In March, the Players Championship had the highest ratings of any non-major in three years (Sports Media Watch) and although The Masters produced lower than average numbers, it was still the sixth-most watched sports event since the start of the pandemic, if you take American Football out of the equation.

NEXT PAGE: Stewart Cink throws his golf ball in celebration and hits spectator on the head