The Masters: What is the Butler Cabin at Augusta National?

The Butler Cabin at Augusta National is the place where the winner of The Masters is first presented with their brand new Green Jacket. 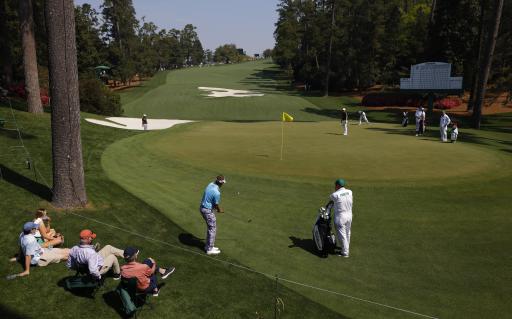 There are many famous landmarks and buildings at Augusta National that make The Masters so special and one of them is the Butler Cabin.

The Butler Cabin is primarily known for hosting The Masters winner's first interview after they walk off the course. It was built in 1964 and first used as a TV studio in 1965.

In 1965, when Jack Nicklaus won by nine shots, the cabin was first made into the broadcast headquarters of CBS Television where interviews are conducted throughout the week.

The basement of the cabin accommodates cables, lights and cameras for CBS coverage throughout the week. The final ceremony takes place in front of a fireplace with a portrait of Bobby Jones above it.

Everything that takes place in the cabin is in the basement. Prior to the construction of the building, interviews took place in the residence of Augusta co-founder Cliff Roberts.

The cabin is close to the main clubhouse and to the par-3 course. It was named after Thomas B. Butler who was a former Augusta National Member.

He often played with President Dwight Eisenhower at the famous course. He was a personal friend of the President whose term lasted from 1953 until 1961.

For the rest of the year, the Butler Cabin is used as a residence. There are multiple bedrooms, bathrooms and a kitchen. It is used for the lodging of club members and guests of club members.