The Masters: What's in Brooks Koepka's bag at Augusta National

Take a look inside four-time major winner Brooks Koepka's bag for the 2020 Masters. 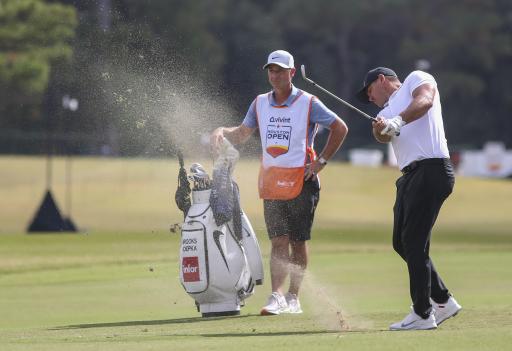 Brooks Koepka might not have been in his best form over the past year, but now that he's fully recovered from his injury, the four-time major champion will be fired up and in the hunt for No.5 at The Masters this week, but what clubs will he have in the bag?

At the Houston Open, Koepka shot a 5-under par final round to finish in T5 alongside Sepp Straka, a position that Koepka feels he would have improved on had he not changed his driver.

One of the great things about Koepka is that he's a free agent when it comes to golf equipment. That means that no one pays him a penny to use their clubs, even though he could quite easily be one of the highest paid players on tour if he chose to team up with a brand.

In a recent Q&A with his girlfriend Jena Sims, Koepka was asked why he chooses to be a free agent and his answer was simple.

In a thrilling final day at the 2019 Masters, Koepka was in with a chance of winning but had to settle for a T2 finish with Xander Schauffele and World No.1 Dustin Johnson.

With this year's event being played in November it poses a completely new challenge, but one that Koepka will be ready for. Check out what's in Koepka's bag below.

Brooks Koepka - What's in the bag for The Masters

NEXT PAGE: The Masters: Round 1 and Round 2 Tee Times; Tiger Woods with Shane Lowry