Rory McIlroy not concerned about the distance debate in golf

Rory McIlroy says he does not share the concern of many about the future of the game and that Augusta National requires more than just power off the tee. 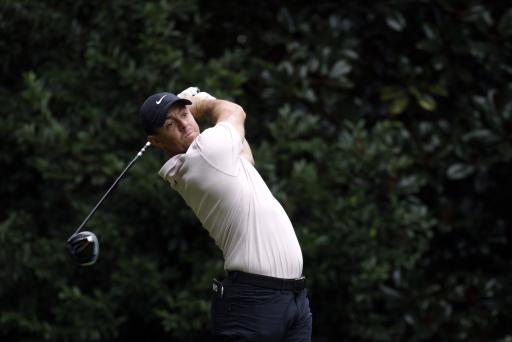 Rory McIlroy says he is not concerned about how distance is affecting the sport and thinks that there are plenty of other factors that determine winners, other than power off the tee.

The distance debate has been going on for years and it's been spiced up in recent months after Bryson DeChambeau piled on the pounds and quickly became the most-talked about golfer on the PGA Tour.

DeChambeau now possesses serious speed and distance off the tee which has helped him become one of the most feared players in the game and saw him conquer Winged Foot to win the US Open in September, his maiden major title.

Many have called out for golf's governing bodies to do something to limit the distances professional golfers can hit, potentially by altering equipment.

McIlroy though, insists he doesn't share these concerns and believes that to win at Augusta National this week, the players will need more than just distance off the tee.

"I don't share that concern [about what the future holds]," he said. "If you look at Bryson's strokes gained numbers at the US Open, strokes gained around the green and strokes gained putting was better than strokes gained off the tee. He did drive it really well, but at the same time you need to back that up with all other aspects of your game.

"If trophies were handed out just for how far you hit it and how much ball speed you have, then I'd be worried. But there's still a lot of different aspects that you need to master in this game.

"But look, I can see this being quite a low‑scoring week, but that's just because of the way the golf course is, it's a little softer, it's November. It's going to play a little differently.

RELATED: The Masters: Round 1 and Round 2 Tee Times; Tiger Woods with Shane Lowry

"I still think this golf course provides enough of a challenge to challenge the best players in the world."

Before golf came to a sudden halt during The Players Championship, McIlroy was the most in-form player on the PGA Tour and had reclaimed his spot as World No.1.

Since the players returned to the PGA Tour and now have to deal with playing without the atmosphere created by thousands of spectators, McIlroy has struggled to find his best and now sits fifth in the world rankings.

The 31-year-old has been searching for a Masters win for years as it would complete a career Grand Slam, something only a handful of players have achieved in history, but the Northern Irishman is happy to go into this year's event as a bit of an underdog.

"I do prefer that, I like it," he said. "I've always liked sort of doing my own thing and trying to stay as low‑key as possible. Sometimes the way I've played over the years, that hasn't happened because I've won some tournaments and I've been on some pretty good runs at times.

"But I don't mind this. This is nice. It feels like everything this year, it's more subdued, it's more relaxed. That's the feel for me, anyway.

"Obviously Bryson is going to be feeling a little different because the attention is on him and deservedly so coming off the back of a major win and basically disrupting the game of golf over the last few months. It's a big story, and I'm just as intrigued as everyone else to see how that unfolds."

NEXT PAGE: The Masters: Bryson DeChambeau is already sending bombs around Augusta!