Brooks Koepka took part in a Q&A on Jena Sims' Instagram story and some of his answers were incredibly entertaining. 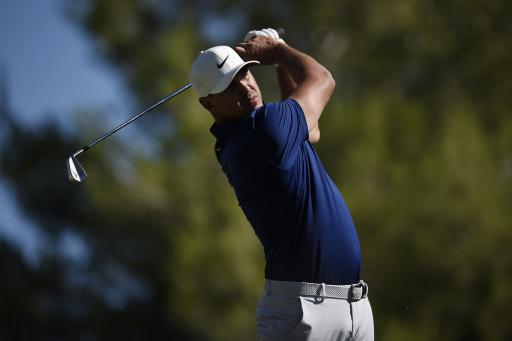 Brooks Koepka took part in a Q&A on his girlfriend Jena Sims' Instagram account whilst he was out for a practice round and golf fans got to learn a little bit more about the four-time major champion, including why he chooses not to have an equipment sponsor and his opinion on the ongoing golf hoodie debate.

So take a look at the video below where highlights of Koepka's Q&A were posted on the GOLF.com Instagram page:

Nothing was off limits as Koepka answered fan questions Monday night . From Tiger’s encounter with Jena to partying after majors to the best athletes on Tour, Brooks answered it all! (via @jenamsims)

Make sure you check out the video to hear all of Koepka's answers, but we've listed below some of our favourite insights form his Q&A.

Hoodie or no hoodie on the golf course?: "I  don't see any issue with it, why is everyone complaining?"

Which golfer does Koepka look up to the most?: “I think it’s pretty easy. Anyone under the age of 35 or younger, Tiger’s the only reason we’re playing. The game needs him. We need him as players and it's fun to watch him as a fan.”

One of our favourite responses from Koepka was his answer to the question "why the meathead narcissistic persona?" to which he replied in epic fashion, check it out in the clip below:

Brooks Koepka is doing a Q&A via Jena Sims on her IG story while he plays some holes and it is fantastic. pic.twitter.com/VFDuNfLMoY

Towards the end of the Q&A, which is unfortunately cut off in the video, someone asked why no one had asked a question about Bryson DeChambeau, given the rocky relationship between him and Koepka.

Koepka laughed and said: "There were a lot of them (questions) but I just chose not to talk about him. If you've got nothing nice to say don't say anything at all."