Augusta National undergoes course changes ahead of The Masters return

The grandstands are up and ready for the patrons to stream into The Masters next month, and some changes have been made to the famous course. 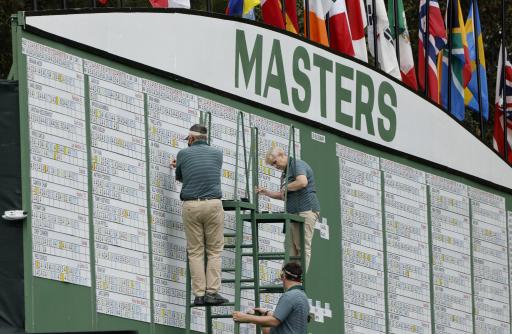 We are almost there, almost. The first major championship of the season is less than a month away and we can practically smell the anticipation and greatness of The Masters.

Hideki Matsuyama became the first male player from Japan to win a major championship at Augusta National last year and he will be back to defend his Green Jacket.

It is unclear if we will see Phil Mickelson back after his recent comments about the Saudi golf league, or if Bryson DeChambeau will return from injury in time to try and win his second major title.

Whichever field lines up will have to consider and prepare for some subtle changes to the layout of some holes at The Masters in April.

Related: PGA Tour: How much did each player win at the Valspar Championship?

On the 11th hole, the challenging downhill par-4, the tee has been moved back 15 yards and slightly to the left. Some trees to the right have also been taken down.

The fairway has also been re-contoured. This change could favour the likes of DeChambeau and Rory McIlroy who hit the ball further than most of their competitors.

On the 15th hole, a par-5 which has seen many dramatic moments down the years, the tee has been moved back another 20 yards and the fairway has been recontoured on this hole too.

This will give the players an even harder choice of laying up or going for the green in two shots. This could also favour the bigger hitters.

As you can see in the image above, the grandstands are ready and the course is set for a record attendance.