Tiger Woods will reportedly turn up to Augusta National on Sunday unannounced as speculation continues to swirl about a Masters return. 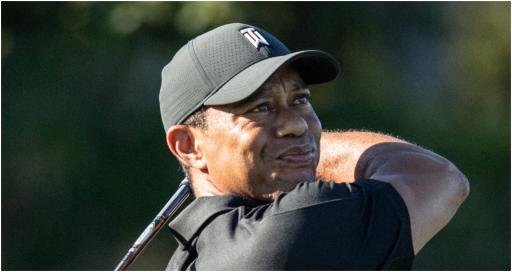 Tiger Woods likes to do things a bit differently. At present, he is keeping the golf world on pause.

Related: Live updates of Tiger Woods ahead of Masters decision

We know he was at Augusta National earlier in the week to play a practice round. Even Rory McIlroy told us that.

The latest piece of news filtering out comes from Sports Illustrated who are reporting the big cat will turn up to Augusta National on Sunday potentially unnanounced.

There is no official deadline for when Woods has to inform Augusta National of his intentions. He is down to play unless he tells tournament officials otherwise.

At the time of writing, Woods was back home in Jupiter, Florida after his scouting mission. His name has not quietly found its way onto the list of past champion who are not playing on The Masters official website, like a certain Mr Mickelson.

Legendary caddie Jim "Bones" MacKay, who now works with Justin Thomas, has been quoted by multiple news outlets saying he was impressed with Woods' game.

There is no doubt Woods has the ability to slap it round Augusta National and cultivate a score. But can he do it over 72 holes?

More: Why did Tiger Woods cause controversy in the 2013 Masters?

Tiger Woods has won five Masters Tournaments, earning his first green jacket in 1997 at the age 21 and his latest, in a career comeback, at 43 in 2019.

Only Jack Nicklaus (six) has won more green jackets, and only Nicklaus has more professional major victories than Woods.

Woods, 46, is tied for first in career PGA Tour wins with Sam Snead with 82 wins.

Woods has made 23 career starts in the Masters, where he has 14 top-10 finishes and has missed just one cut which came when he was an amateur in 1996.

Dad of two Woods was inducted into the World Golf Hall of Fame in March at PGA Tour headquarters.

He was reduced to tears by his daughter Sam's speech.

Next page: Why Brad Faxon is skeptical over Tiger Woods playing at The Masters