Tiger Woods is crushing his TaylorMade Stealth Driver ahead of his competitive return at The Masters. 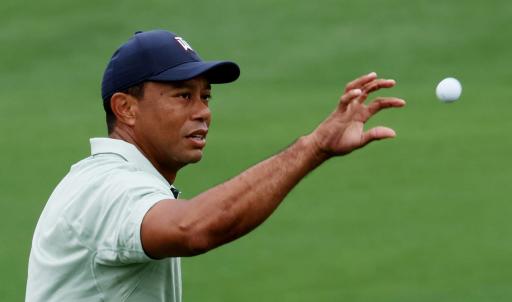 It is little wonder Tiger Woods believes he can win The Masters for a record-tying sixth time at Augusta National this week when you take a quick gloss over his driver data on the range this week.

Woods told the media at Augusta today that he will be competing at The Masters this week, ending all speculation that he would be forced to withdraw from the tournament.

Related: Bookies slash the betting odds on Tiger Woods to win The Masters after his Tuesday press conference

Tiger Woods on his status for the Masters: "As of right now, I feel like I am going to play." pic.twitter.com/srUztCj16i

The 15-time major champion is making his first competitive start on Tour since finishing tied 38th at The Masters in November 2020.

He told the media today that he not only plans to make a 24th Masters appearance this week, but that he believes he can win.

Related: Tiger Woods is playing in The Masters this week and even thinks he can win it

Woods has played a couple of practice rounds at Augusta in preparation and he has reportedly been playing and practising regularly at his home club at Medalist.

Fred Couples played a practice round with Woods and Justin Thomas on Monday afternoon and he was left to believe that Woods has every chance of contending for a sixth Masters and 16th career major.

"If he can walk 72 holes around here, he'll contend," said Couples.

"The driver was a machine. I watched it today, he looked phenomenal."

Couples would appear to be spot on when you take a closer look at Woods' driver data on the range.

As you can see from the above numbers, Woods is achieving a very solid 171 mph ball speed.

"For his first tournament back, Tiger is already at the PGA Tour average for ball speed," says GolfMagic Equipment Editor Alex Lodge.

"He is carrying it 10 yards further than the PGA Tour average, too.

"It is clear Tiger has his speed back and has been working hard to achieve that in recent months. It's just a case of whether he can hold onto this for 72 holes of competition.

"It's going to be a long walk for him, which appears the biggest difficulty for him right now."

Next Page: How to live stream The Masters for free online