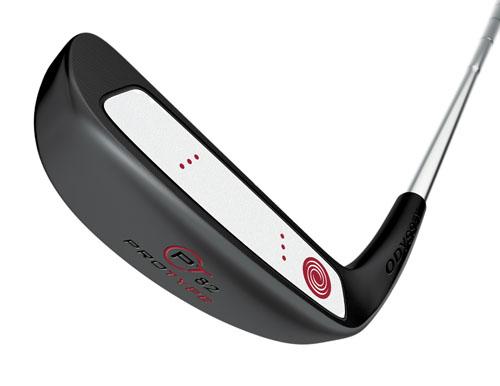 The unique putter that Phil Mickelson used to win the US Masters in Augusta in April is being produced for club golfers in the UK - albeit at around £300 a time.

The left-handed American had Callaway Golf create the Odyssey ProType PT 82 blade putter, exactly to his specifications and then went out and won for the third time at Augusta National so the makers are hoping enough will come forward to pay the equivalent of $500 (£317.57) for this limited edition version.

Made from soft 1025 carbon steel and featuring Odyssey’s White Ice insert with a tungsten weight behind it, the putter has a dark metal 'vintage' finish and single white sightline that stretches down the back flange - looks that Mickelson specifically requested.

“I’m very excited that the designers at Odyssey have produced this Putter with the same design as my gamer,” says Mickelson. "Tournaments are won and lost on the green, which is why I rely on our design team to give me the best chance to win.”

Austie Rollinson, Principle Designer for Odyssey, said: “Phil came to us a few years back to develop this particular model as it was one he’s been using since he was a junior.

“We made a steel version that he used to the win the USPGA but then he started experimenting with inserts and loved the feel it gave him. That’s where this putter came from.”

The challenge for Odyssey engineers was to make room for the insert without changing the shape or the head weight. After much trial and error, the insert pocket was deepened and a piece of tungsten was used to achieve the required 320-gram head weight.

The addition of a single sightline completed a putter that met Mickelson's exacting standards.