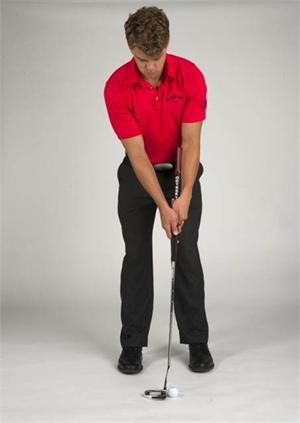 Odyssey Golf, the makers of belly putters as wielded by major champions Keegan Bradley and Ernie Els, says it will be releasing a new line of putters that is designed to help golfers stabilise the club during the stroke.

The brand says its 43” Metal X-Arm Lock putter – available in Metal-X #7 and Metal-X Dart in January 2013 at RRP £159 - is not intended to be affixed to the abdomen or chest, instead, the top portion of the grip is intended to press against the lead forearm.

“We were kind of waiting with bated breath to see what the actual rule would be and whether this design would be conforming,” said Odyssey Golf’s head designer Austie Rollinson. “We were happy to see that it was.

“At Odyssey we were adamant about offering alternative solutions to golfers who might change their current technique based on the recent anchoring proposal.”

To ensure the club is being used correctly, Odyssey has added the words ‘Arm Lock’ to a red area in the section where the club should be fastened against the arm.

“We have been anticipating the proposed ban on the anchoring technique for some time now, and working with our Tour players, have identified an alternative and Tour-proven putting method,” added Odyssey Golf's global director Chris Koske.

“We’re now moving quickly to deliver the Arm Lock products that promote a stable and consistent putting stroke for both professional and amateur golfers.”

Matt Kuchar currently uses this stroke and according to golf’s governing bodies, it will remain legal if the proposed rule changes are enacted.

What do YOU think about the anchored putting ban? Come and join the discussion in this forum thread, or you can tell us on our Facebook page or on Twitter @Golfmagic.

More on the anchored putting ban