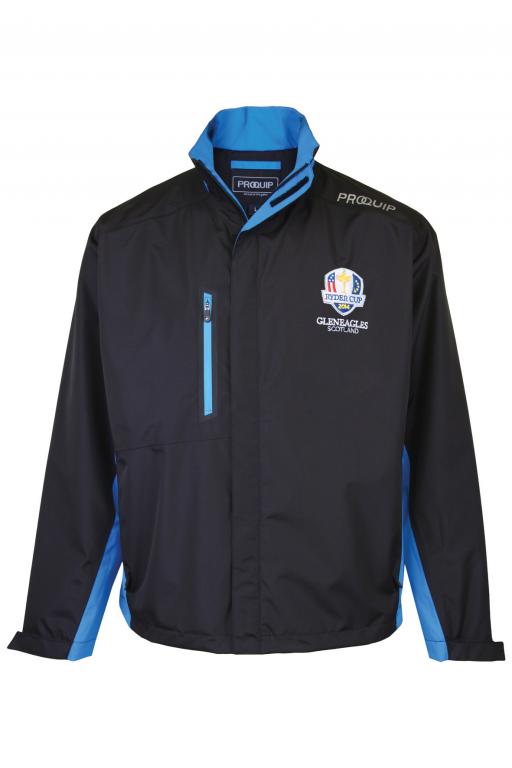 PROQUIP GOLF has played an influential role in the Ryder Cup since it first outfitted Jack Nicklaus' US Team in 1983 and the Scottish company has collated facts and figures to highlight this.

"He's all in": Steve Stricker on Tiger Woods' Ryder Cup involvement
Ian Poulter on his Ryder Cup chances: "I have to take it with both hands"

36.6mm – The amount of rain that fell overnight and throughout the opening day of The 2010 Ryder Cup at Celtic Manor in Wales, more than 40% of South Wales’ monthly average

£4,000 – the amount of money Team USA were reported to have spent buying ProQuip waterproof suits at The 2010 Ryder Cup “watergate” at Celtic Manor after its official team waterproofs leaked and were abandoned by Team Captain Corey Pavin

400 – the number of weatherwear garments supplied to Team Europe’s players, officials, staff and supporters for The 2012 Ryder Cup at Medinah Country Club, Chicago

Replica suits will then go on sale to the public, at Gleneagles, and online for an RRP of £220 after Friday 16th September.

Golf news
LEAKED: Golf Tournament Director SLAMMED for SHOCKING response to PGA Tour pro
Golf news
13-year-old golfer shoots amazing score of 58 at an Oregon state tournament
Golf news
Did you know this rule about STANDING out of bounds with your ball in play?
Golf news
Beef Johnston FIRES SHOTS at Piers Morgan over Ben Stokes England withdrawal
Equipment news
Sik Golf Putter Fitting - Why should you get fitted for your putter?