Changes to the Rules of Golf

No penalty if wind blows your ball to a new position 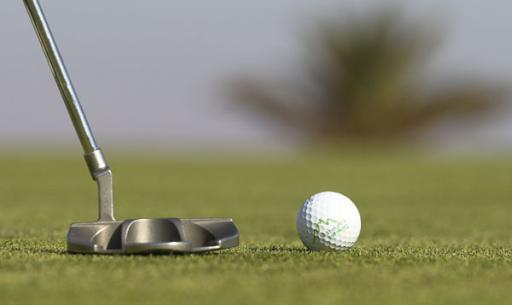 Golf’s rules legislators - the R&A in St Andrews and the USGA in America - have made significant changes to the Rules of Golf due to come into force on January 1, 2012.

As well as key changes to Amateur Status including amateur golfers being allowed to play for unlimited hole-in-one prizes, the august bodies have agreed that a player will be exonerated from penalty if it is known their ball was moved by the wind after address.

Read more about the changes to Amateur status in a separate article shortly but for the moment, let's concentrate on Rule 18-2b, which previously demanded that the player incurs a one-stroke penalty once the ball has been addressed and the ball must be replaced (unless the movement of the ball occurs after the player has begun the stroke or the backward movement of the club for the stroke and the stroke is made).

•    Ball Moving After Address (Rule 18-2b). A new exception is added which exonerates the player from penalty if their ball moves after it has been addressed when it is known or virtually certain that they did not cause the ball to move. For example, if it is a gust of wind that moves the ball after it has been addressed, there is no penalty and the ball is played from its new position.

The change will see an end to situations like the one witnessed during the final round of this year’s Open Championship when Northern Ireland’s Rory McIlroy was penalised when his ball was moved on the 7th green by the wind after he had addressed it.

Padraig Harrington, three-time Major winner and R&A ambassador, said: “I am delighted with the changes, in particular the ball moving after address. Every time the wind blows I am worried that my ball is going to move and I am worried about grounding my putter, distracting me from trying to hole my putt.

“This change will speed up play, there won’t be as many suspensions and players won’t be getting penalised or disqualified unfairly. It is definitely giving us players a little bit of a break.”

Following an exhaustive, four-year review of golf’s 34 playing Rules, eight other principal Rules have been amended to improve clarity and ensure penalties are proportionate.

Other significant changes include:

•    Ball in Hazard; Prohibited Actions (Rule 13-4). Exception 2 to this Rule is amended to permit a player to smooth sand or soil in a hazard at any time, including before playing from that hazard, provided it is for the sole purpose of caring for the course and Rule 13-2 (improving lie, area of intended stance or swing or line of play) is not breached.

•    Time of Starting (Rule 6-3a). The rule is amended to provide that the penalty for starting late, but within five minutes of the starting time, is reduced from disqualification to loss of the first hole in match play or two strokes at the first hole in stroke play. Previously this penalty reduction could be introduced as a condition of competition.

Commenting on the revisions The R&A's director of rules and equipment standards, David Rickman said: “The key point is that the Rules of Golf will remain fundamentally the same. We have undergone a pretty extensive review although what has come out of that has been relatively modest.

“The Rules of Golf are constantly evolving and our hope is that what we have produced for 2012 is clear, informed by common sense and reflective of the demands of the modern game.”

The USGA’s senior director of Rules of Golf, Thomas Pagel says: “We have produced a unified code of the Rules of Golf for 60 years and although the context has been the same, we often found the perception that there were different Rules in place depending upon where you were to play the game.

“Now the book will not only have the same content, but it will also be presented in a uniform fashion (apart from occasional spellings) with similar formatting and covers; this will truly be a single code governing the Rules of the game that reflects the strong collaboration between The R&A and USGA.”

Golf news
Did you know this rule about teeing up your ball ahead of the tee markers?
Golf news
Do you have to place your marker behind the golf ball on the green?
PGA Tour
Brooks Koepka benefits from new SPRINKLER HEAD RULE on PGA Tour
DP World Tour
Padraig Harrington plays eight holes with CRACKED DRIVER in Abu Dhabi
Golf news
Golf rules: Did you know about this UNIQUE rule that lets you re-tee your ball?!