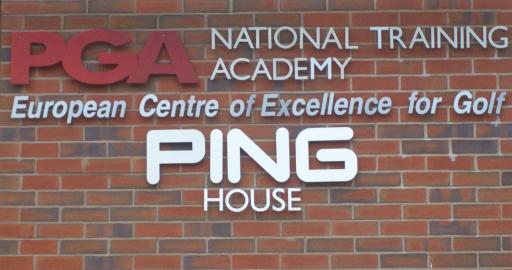 Becoming a PGA pro doesn't just happen overnight. In fact, I can attest to that when I wake up every morning. Yet for the Foundation Degree students I met at the PGA National Training Academy at The Belfry last week, the dream is very much reality.

Qualifying for the PGA diploma doesn't just mean membership to the world's oldest Professional Golfers' Association. Far from it; it's a passport to an exciting career in a sport that spans the globe, offering a broad spectrum of opportunities from club pro to coach, from retailer to director of golf operations.

The PGA has been at the heart of the game since 1901 when professionals in the day, led by the Great Triumvirate of JH Taylor, Harry Vardon and James Braid, formed an organisation to protect the professionals' interests and promote the game of golf.

Now there are more than 7,500 members of the PGA Association with most of them working as club pros specialising in the core subjects of coaching and retailing. At the same time, there are vast-improving numbers occupying managerial roles within golf clubs and resorts both at home and overseas.

Joining the pro ranks through The Belfry's PGA Training Academy has become an increasingly popular career choice for aspiring PGA professionals. But what does it really take to be successful?

Nodding appreciatively, whilst realising he had quickly quashed my ambition of turning pro any time soon, he caught me gazing at three giant-sized canvas pictures on the wall.

“Ian Poulter, Robert Rock and Paul Lawrie all have something in common,” he said, before hinting he was a massive fan of Rolf Harris.“Can you guess what it is yet?”

And it's not just those multiple European Tour champions. The PGA boasts a rich and varied membership, including many of Europe's best known coaches such as Denis Pugh, John Jacobs, Scott Cranfield, David Leadbetter, Maureen Madill and Mickey Walker.

Here at The Belfry, with a full-time staff of 26, plus tutors, mentors, markers and examiners to put the students through their paces, the PGA National Training Academy claims it presents the premier professional golf education programme in the world. It's easy to see why.

The registered assistants are trained in a number of different golf disciplines, attending the academy for residential weeks while undergoing on-site training under the supervision of their employing professional for the remainder of the three years.

Feature continues. Click here to see what Poults has to say...