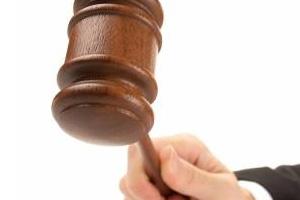 We love a bizarre story here at Golfmagic Towers, so imagine our delight when this came to light. No doubt it strikes a chord with all of us.

Irish pensioner Thomas Talbot is launching a multi-million Euro lawsuit against his former club for lowering his handicap.

The 75-year-old retired insurance official claims his reputation was damaged when Hermitage Golf Club in Lucan, Co Dublin, reduced his handicap by 7.7 shots between 1999 and 2004.

Mr Talbot is suing both the club and its former handicap secretary Eddie Murphy in the High Court for defamation. He alleges the cumulative reduction of his handicap over the five year period was tantamount to him being branded a cheat.

Speaking to the Irish Independent, Mr Talbot explained that the decision has taken a personal toll on him in recent years.

“This case has been going on for the past six years,” he said. “It has been hugely stressful. I didn’t care so much about the handicap issue, it is more the principle of it.

“I’d turn up for a competition and there would be nobody to play with. I have learned the hard way that friends are a funny species - they’re never there when you want them.”

Hermitage GC says under Golf Union of Ireland Rule 19 it could reduce his handicap if it believed it was too high relative to his ability. A court ruling is expected within two weeks.

Mr Talbot concluded: “I went up to Portmarnock Golf Links on Saturday and joined as a five-day member.

And, one has to imagine, that’s exactly where it will stay…