Hogan's clubs from 1953 to go on auction 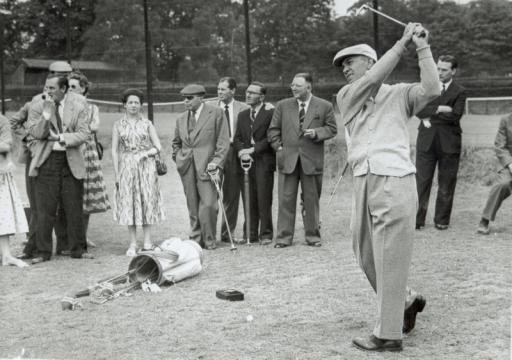 The full set of MacGregors, predating Hogan’s own company, were one of two sets that helped the legendary golfer win the Open, The Masters and the US Open in 1953 and they will be on sale from the 26 March until April 12.

PGA Tour player Jimmy Powell currently owns the clubs as he was given them by Hogan as a gift 40 years ago.

Green Jacket Auctions will be in charge of the trade and due to the rarity of the product it is hard to predict their price but they are expected to fetch more than $50,000.

It’s unknown which exact majors the clubs won but the USGA is sure they were used to win the 1953 US Open.

"While you see a lot of Bobby Jones and Walter Hagan memorabilia trading hands, Ben Hogan memorabilia is extremely hard to get a hold of," Ryan Carey, one of the co-founders of Green Jacket Auctions, said.

"A lot of these items have been sitting in closets, garages and basements for a long time, but now we're seeing more interest in historical golf memorabilia than anyone ever has before," Carey said. "They're finding their way into public consciousness, and now they can be appreciated by a whole new generation of golf fans."

One thing's for sure, they look a million miles away from the irons used on Tour these days. 'Not very forgiving' would be a massive understatement.