How to claim copy of Mickelson putter 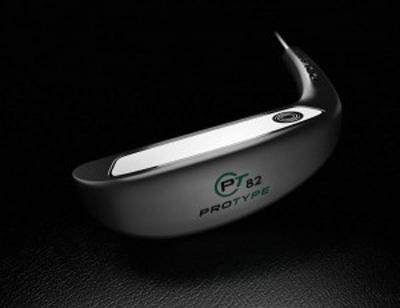 You'll have to have your finger on the button of Odyssey Golf's website pretty sharpish around 6pm on May 10 in the UK if you want to be in with a chance of buying a limited edition copy of the putter that won the US Masters for Phil Mickelson earlier this month.

That's the time (11 am US Eastern, 8am Pacific time) that the makers of the ProType 82 putter Mickelson used to claim his third green jacket have set for 164 individually numbered putters with a green highlight on the sole to be available for purchase at $500 each (£325.67) - on a first come, first served basis.

The putters - 82 right-handed and 82 left-handed - which are copies of Odyssey White Hot XG Blade PM made specially for the left-handed World No.2 will have a White Ice insert with a Tungsten weight behind it and the single white sightline perpendicular to the face just as Mickelson requested. For the lucky purchasers, it will also come with a Phil Mickelson Limited Edition headcover and a Black Series grip, just like 'Lefty' uses.

“I’m very excited that the designers at Odyssey have produced this limited edition putter with the same design as my gamer,” Mickelson says. “Tournaments are won and lost on the green, which is why I rely on Odyssey technology. Our design team gives me the best chance to win and Odyssey’s winning results on Tour are a testament to their engineering capabilities.”

Says Austie Rollinson, Odyssey's principal design: “We develop more putters for Tour players around the world than any other company. Phil came to us a few years back to develop this particular model and he’s obviously had great success with it on the PGA Tour. The ProType 82 Putter was developed due to the large number of requests we receive from people interested in the product that Phil uses on the game’s biggest stage.”

So if you want one, have your credit card at the ready!

Three golf rules that we would like to see amended in 2021
Golfer CHANGES FLAG LOCATION to leave tap-in birdie
Bob Warters
Previous
Marrakech: Making a move on golf
Next
Golf tip: How to stop overswing