One to Watch: Hannah Yun 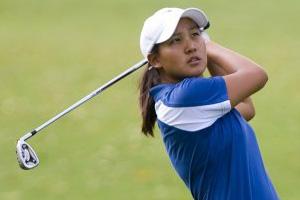 Our One to Watch series heads Stateside as American writer Dave Andrews tells Golfmagic about 19-year-old Hannah Yun, whose dream for nearly a decade has been to become a professional golfer...

The game of golf does not come easily for most people. Most find it very awkward to stand over a little ball and swing the club with the right technique to launch the ball into the air with any accuracy, consistency, or power.

Ask just about any golfer about their earliest memories of trying to play the game. They will tell you what an ordeal it was just to begin hitting the ball squarely. For the rare few, however, the golf swing comes naturally. Hannah Yun is one of those rare few. As they say, she seemed born to play the game.

But when you consider what happened the first day Hannah Yun played the game, it’s amazing she plays golf at all…

Just seven years old, her father, Changsu, took her out to a course in San Jose, California, to play her very first round. In one of her first swings, dad was standing a bit too close as Hannah took a big rip at the ball and hit him right in the mouth with the club, knocking out three teeth.

For most parents that would have been a strong clue to guide their young daughter into another sport, perhaps one where no potential weapons are employed. However, the Yuns spotted a lot of natural ability in their little girl and also saw the way she loved to play the game.

So with some dental work behind him, Changsu kept taking Hannah to the golf course and watched her grow and develop as a young talent and as she continued to improve her parents began signing her up to play in some junior golf events in the southern California area.

Hannah started winning – and kept winning – catching the eye of those in the California golfing community. When she turned ten, Hannah told her parents she wanted to be a professional golfer.

She was signed her up for lessons with teaching pro Kip Puterbaugh at his Aviara Golf Academy in Carlsbad. Puterbuagh was quick to recognise Hannah’s rare innate ability.

“As a teacher this is what you look for, a chance to work with somebody with a V8 engine and make them into a racer,” he told the San Diego Union-Tribune in a recent interview.“It’s an opportunity that doesn’t happen very often.”

Under Puterbaugh’s guidance, she was becoming one of the very best young junior golfers in the US. When she was twelve, Hannah asked her parents if the family could move to Florida so she could enroll in the IMG/David Leadbetter Golf Academy with more than 200 other junior student golfers. They agreed.

Hannah’s skills developed rapidly and she earned many awards, including the IMG/Leadbetter Golf Academy MVP and Player of the Year, Florida High School MVP after winning the State Championship, and the Sarasota-Herald Tribune Tri-County Athlete of the Year two years in a row.

Hannah was just as talented in the classroom as she was on the golf course and accepted a full scholarship to the University of Florida (UF) in 2007.

At just 15 years old, she became the youngest student athlete in the history of the NCAA to play competitively in college events – helping UF to the SEC Championship for the first time in 12 years and claiming personal glory with UF women’s team MVP.

In the summer of 2008, Hannah played as an amateur in eleven events on the LPGA Futures Tour - now the Symetra Tour. Hannah returned to the University of Florida for her sophomore year, but in the autumn of 2008 she decided to withdraw from college.

She had her sights set on a career on the LPGA and felt she was ready to pursue her dream. At the age of 17 she applied for and was granted a waiver by the LPGA to play as a professional on the LPGA Futures Tour, beginning in the spring of 2009 – making her the youngest golfer to ever play as a touring pro in the US.

It seemed like just a matter of time before she would graduate to the LPGA Tour. But things didn’t quite go according to plan...