Ravers stop golfers in their tracks 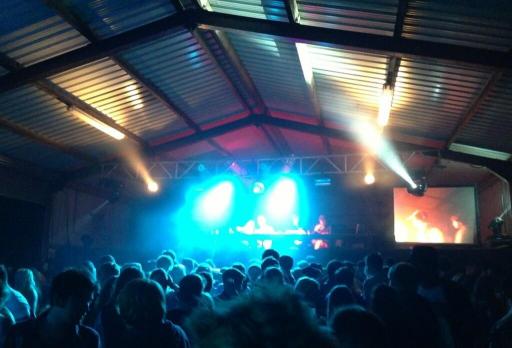 A RAVE in a derelict barn containing around 4,000 people cut off all access to a golf club on Sunday, angering members who were unable to play all day.

Heydon Grange Golf Club near Royston was completely inaccessible after 300 cars belonging to the ravers blocked the road leading up to the course.

A member of the golf club said: “The rave went on from 2am and lasted all day. It completely closed the road and the golf club. No one could play golf on the Sunday because the police had stopped them from using the road.

“We have heard that there were 4,000 people there and they completely filled the road with cars. There were so many cars and people but only about eight policemen with them.”

A spokesman suggested the limited number of police on the scene struggled to deal with the situation, allowing the party-goers to come and go as they liked.

Harry Potter actor Tom Felton "okay" after he collapses at Ryder Cup course
Boy, 11, hits TWO holes in one in the span of seven holes at junior tournament

"The road was shut all day on Sunday," the spokesman said. “The police were sat on each end of Heydon road on the A505 and they just sat there letting cars in and out.

“The people who came to the rave were parked up on either side of the field and on each verge. You literally couldn’t get through if you tried. There was a lot of rubbish and cans of beer left strewn everywhere.

“We had to go all the way around the village to get through and the golf club is right in the middle of that so we had to shut completely. Sundays are a busy day and it can be a competition day but we just had to close.”

A spokeswoman for Cambridgeshire police said: “We were called about a rave starting in the early hours of November 3 in a disused barn in Heydon.

“The police received reports of around 300 cars. We monitored the situation as it was in a very isolated area and we are now carrying out inquiries."