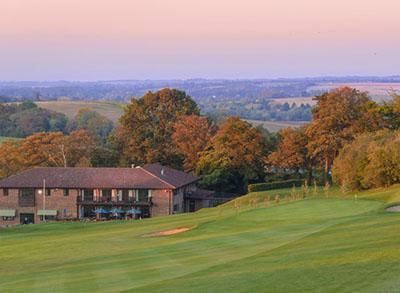 OVER 100 trophies were stolen from a West Berkshire golf club just weeks after being put back on display.

The burglary happened last Monday night at Goring & Streatley Golf Club in Streatley-on-Thames, which was founded in the 1890s and has over 700 members.

The trophies, some of which were over 100 years old, had been locked away for months in response to thefts at neighbouring golf clubs but were recently put back on display.

Although the police are not confident of recovering the haul, one trophy was spotted floating in a pond in Bracknell, over 20 miles away.

Club manager Mike Evans said: “I got a call first thing [on Tuesday] and it was my first day back from holiday and it was a pretty awful thing to come back to.

“They had smashed a patio window and destroyed the trophy cabinet. The alarm went off, but that didn’t stop them. You can imagine the mood of our members.”

Mr Evans said the club has photos of the trophies and will consider purchasing replacements and engraving them if the originals are not returned.

“They are an extremely important part of the club’s history. I feel desperately sorry for all of our membership. It will probably make our prize-giving evening in November rather flat.

“Competitions are a big part of our club. We have a lot of members who play for fun, but a lot of people like the competitive aspect and enjoy receiving the silverware.”

Let us know in the forum if a golf club near you has been affected by burglaries.