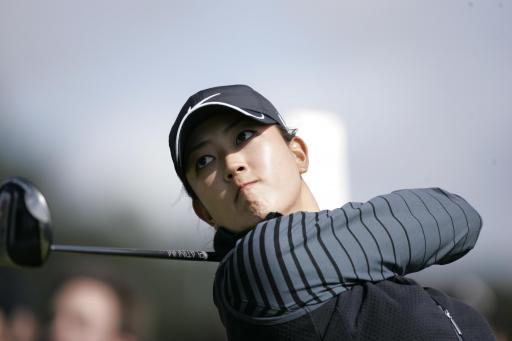 MICHELLE WIE has written in Golf Digest that she once punched Gary Player in the stomach.

The LPGA superstar mentioned a number of bizarre instances but punching Mr Fitness takes the biscuit for me.

Wie wrote: “I was at another event with Gary Player.  Out of the blue he says, “Michelle, hit me in the stomach.” I didn’t want to punch him, so I kind of poke him instead.

“He says, “No, I want you to really hit me!” He widens his stance and clenches his stomach. Now I really hit him. I’m no fighter, but I hit him as hard as I could. It hurt my hand.

“It didn’t faze him. He pointed to his stomach and said, “A thousand sit-ups a day” and kept walking.”

A pretty ridiculous scene, I think you’ll agree, but a hilarious anecdote nonetheless. This isn’t the first  time the Dark Knight has boasted about his physical prowess. In June he appeared in ESPN magazine in the buff.