A number of athletes, governing bodies and sports clubs have joined forces to boycott social media in a protest against online discrimination. 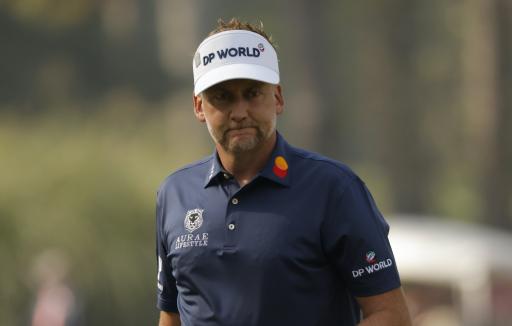 There have been several cases of racism and abuse towards athletes on various social media platforms, so the boycott is a collective gesture of solidarity to show that discrimination won't be tolerated.

The boycott began at 3 pm on Friday and will finish at midnight on Monday. All those who are taking part will turn off their social media channels and not post anything until the boycott is over.

Poulter is in full support of the boycott and on Friday, he explained why he was joining the collective effort to tackle online abuse.

Figures and governing bodies from sports such as football, rugby, formula one and cricket are all participating in the boycott.

The Duke of Cambridge, who is president of the FA, has also joined the protest, as well as British Cycling, Great Britain and England Hockey and the Lawn Tennis Association.

The boycott is not only a result of several cases of online abuse aimed at athletes, but some figures in sport took themselves away from social media before the protest began.

Arsenal and French football legend Thierry Henry announced that he would be leaving social media in March, while three weeks ago, Swansea City, Birmingham City and Rangers all closed their social media platforms for a week.

Football is one of the main sports which has been targeted by abusers the most and on some occasions, the police have been contacted in order to identify the culprits.