Tiger Woods' signature worth an INCREDIBLE $4,363 in sporting memorabilia list

The 15-time major winner is in the top five of the most expensive signatures in sporting history. 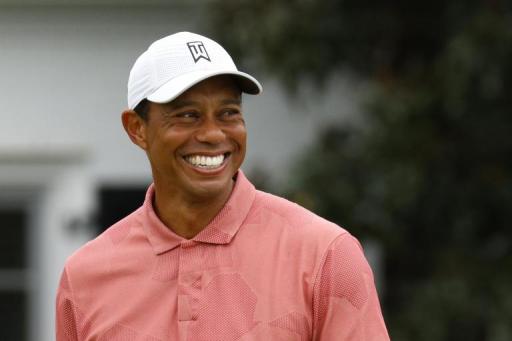 Casino.org have found that Tiger Woods' signature is worth $4,363.57, which is the fifth most expensive sporting signature of all time.

The online gambling authority published the research with a view to discovering the most expensive pieces of sporting memorabilia that the world has seen.

Jack Nicklaus has the second-most expensive signature of any golfer behind Tiger Woods at $837.25, which is in 25th place on the overall list.

Golf memorabilia was found to be the most expensive sport with an average item price of roughly $514, which shows the interest in the rich history of the sport that many people love.

There was a range of different items found to be sold in the golf market such as clothing signed by Sir Nick Faldo and Tony Jacklin and more recent stars such as Lee Westwood and Sergio Garcia.

Memorabilia can come in many shapes and sizes such as photos, signatures, signed jerseys or hats and they can be sold for huge prices.

According to research, Kobe Bryant's signature was the most expensive at $16,966.49 as eBay saw a large surge in sales following the legendary NBA basketballer's tragic death.

The report showed the incredible value of American sporting history and the most expensive item of all was the Original Olympic Games Manifesto which was worth $8.8 million.

American Baseball legend Babe Ruth is found twice in the top five of the most expensive items ever, including his 1920 jersey and his 1928-1930 jersey.

You can find more information and lists of the most valuable sports, athletes and items of memorabilia here.

Golf news
Paige Spiranac shows off NEW LOOK ahead of big weekend on PGA Tour and NFL
PGA Tour
Rory McIlroy on how he could "easily" save amateur golfers 10 shots
Equipment news
American Golf sales performance up 55% compared to same period in 2019
PGA Tour
Golf journalist has an absolute SHOCKER with Jon Rahm on the PGA Tour
PGA Tour
PGA Tour pro after seeing rookie Tiger Woods: "What the F was that?"