The 150th Open Championship at St Andrews: Everything you need to know

This is everything you need to know ahead of the 150th Open Championship at St Andrews. 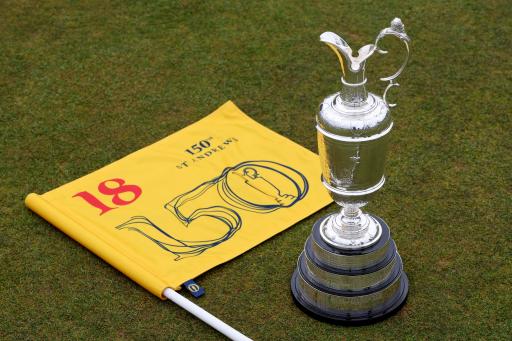 The 150th Open Championship will draw a record attendance of 290,000 at St Andrews, surpassing the previous record set when Tiger Woods won the major in 2000.

That year 239,000 patrons descended onto the home of golf to watch the coveted championship which dates back to 1860.

Tournament organisers have confirmed this year that more than 1.3million applications were lodged in the ticket ballot for the landmark major.

Here is everything you need to know ahead of The Open Championship.

What time will it start?

The first groups will be out at 6am, though tee times will be confirmed at a later date.

What TV channel is it on?

SkySports carries exclusive coverage, although you can always log onto GolfMagic for live updates, news, reaction and analysis.

Who is the defending champion?

Collin Morikawa held off a charge from Jordan Spieth to claim the 149th Open at Royal St. Georges.

Who is the favourite?

Who has won the other majors this year?

Tiger Woods skipped the US Open so he could prepare for The Open.

Woods looked in visible pain despite making the cuts at both The Masters and the PGA Championship earlier this year.

However, as the weekend wore on in both tournaments Woods, 46, began to struggle with the walk.

It resulted in his withdrawal from the PGA Championship at Southern Hills after his third round.

What are the current odds?

What is the prize purse?

It has not been released yet, but last year the winner took home $2.07million.

How old is the tournament?

It is golf’s oldest championship, dating back to 1860.

Who else has won The Open at St Andrews?

Who has won The Open the most?

Can past champions play?

Yes, provided they are under the age of 60.

Are the LIV Golf players allowed to participate?

The R&A have stayed silent on the subject of LIV.

They have not publicly commented about future qualifying criteria into The Open.

Next page: GolfMagic's betting tips for The Open