The 150th Open Championship: Who is the early betting favourite?

The 150th Open Championship will begin in three weeks' time at St. Andrews, but who are the early favourites to lift the Claret Jug? 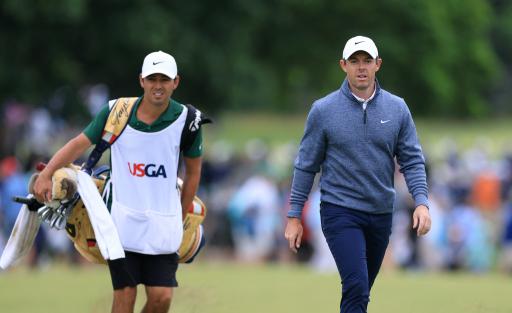 Three major championships have flashed past our eyes in 2022 and in just three weeks' time, we will arrive at The Open Championship which is the final major of the year.

It is a special occasion at St. Andrews this year. It is the 150th Open Championship which should've been played in 2020 but for the Coronavirus pandemic.

Royal St. George's was a fantastic host of the 2021 tournament and now we are back at St. Andrews which is set to host its 30th renewal of the event.

After recording three top-10 finishes in the three major events of 2022, Rory McIlroy (10/1 - BET365) is your current favourite to lift the second Claret Jug of his career.

The Northern Irishman put on a sublime performance at Royal Liverpool in 2014, finishing two shots clear of Rickie Fowler and Sergio Garcia.

2014 marks the last season when McIlroy picked up a major trophy and he will have one more shot to end this drought in Scotland. McIlroy missed out on the last time The Open was held at the home of golf in 2015 through injury.

Newly-crowned US Open champion Matt Fitzpatrick was 25/1 to win his first major title at The Country Club and he can still be found at 20/1 (BET365) to go back-to-back on this front.

The Englishman was foot-perfect in the final round in Boston and he has been foot-perfect throughout the 2022 season. He has made eight top-10s in 15 appearances and he is ranked second in total strokes gained.

There doesn't seem to be a weakness to the 27-year-old's game as he has increased his ball speed and average driving distance too. He shot a 68 on Sunday to finish one shot clear of Will Zalatoris and Scottie Scheffler.

The World No.1 Scheffler (14/1 - BET365) was his brilliant self once again in Brookline. He has won four times this season and came agonisingly close to his second major title, having picked up the green jacket in April.

The 25-year-old has proven himself on the lush fairways of Augusta and the treacherous terrain of a US Open venue. He has already broken the earnings record of a single PGA Tour season ($12.8 million) and we aren't in July yet.

Here are the players at the top of the betting on BET365: