The R&A chief executive Martin Slumbers has released an official statement ahead of the 150th Open Championship regarding players who have committed to LIV Golf. 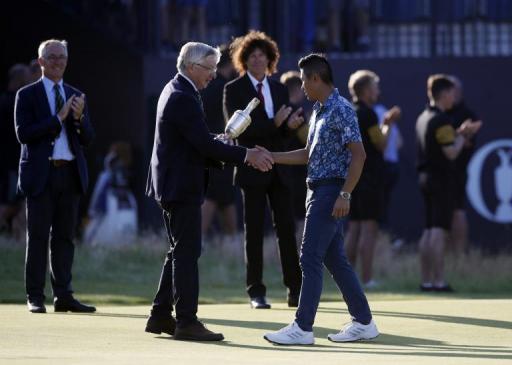 The R&A has released a statement ahead of The 150th Open Championship, reiterating the qualification criteria for this year's tournament at St Andrews regarding players who moved to the LIV Golf Series.

"The Open is golf’s original championship and since it was first played in 1860, openness has been fundamental to its ethos and unique appeal," R&A chief executive Martin Slumbers said.

"Players who are exempt or have earned a place through qualifying for The 150th Open in accordance with the entry terms and conditions will be able to compete in the Championship at St Andrews.

"We are focused on staging a world-class championship in July and celebrating this truly historic occasion for golf. We will invest the proceeds of The Open, as we always do, for the benefit of golf which reflects our purpose to ensure that the sport is thriving 50 years from now."

The R&A has adopted virtually the same approach as the USGA took ahead of last week's US Open. The USGA also chose not to alter the qualification criteria for the tournament despite the PGA Tour suspending members who have chosen LIV Golf.

Much like the DP World Tour, the R&A have chosen to remain silent throughout this turbulent period in professional golf as they prepare to host a historic event in July at St Andrews.

On Tuesday, the ballot opened for the 151st Open Championship at Royal Liverpool. It was last held in Hoylake in 2014 when Rory McIlroy lifted the Claret Jug.

The ballot will open for one month from June 21 and will close on July 20 with the results being announced by the end of September.

It will only be open to members of The One Club, the free-to-join membership programme. Fans can sign up to The One Club any time at www.TheOpen.com/ticket-ballot.

This follows the huge demand to attend this year's Open. More than 1.3 million applications were received for tickets and this led to the highest-ever number of general admission tickets being issued to fans from across the world, with a record-breaking 290,000 fans set to attend.

Ticket prices for the 2023 Open will start from £95 for an adult on championship days and from £25 on practice days. The R&A reinvests the revenues generated by The Open in growing golf around the world and is currently investing £200 million over a 10-year period.