Tiger Woods says his body needs more time to get stronger as he confirms US Open withdrawal. 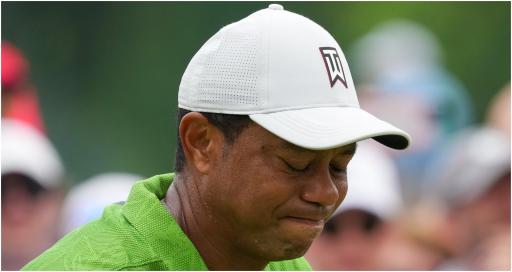 Tiger Woods has cast doubt on an appearance at the 150th Open at St Andrews after confirming his withdrawal from the US Open.

Woods, 46, made a remarkable comeback after a near fatal crash in February last year when he played in the 86th Masters in April.

But despite making the cut, the 15-time major champion struggled with the elements over the weekened and his gait chastened.

Woods played his final round at Augusta National alongside former World No.1 Jon Rahm and was limping heavily.

Despite his performance at the scene of five of his major wins, Woods persevered by playing at the US PGA.

The terrain of Southern Hills also proved troublesome for Woods and despite making the cut he was forced to withdraw from the tournament.

I previously informed the USGA that I will not be competing in the @usopengolf as my body needs more time to get stronger for major championship golf. I do hope and plan to be ready to play in Ireland at @JPProAm and at @TheOpen next month. I’m excited to get back out there soon!

At one point during his warmup before the third round in Oklahoma it appeared that his weight gave way on his surgically repaired right leg.

It prompted some of his fans to urge him to throw in the towel such was the visible pain he was clearly in.

Woods has confirmed that he has told the USGA that he won't be playing at Brookline.

"I previously informed the USGA that I will not be competing in the U.S. Open," he wrote.

"My body needs more time to get stronger for major championship golf. I do hope and plan to be ready to play in Ireland."

Woods was referring to the JP McManus Pro-Am at Adare Manor before the landmark 150th Open at the Home of Golf.