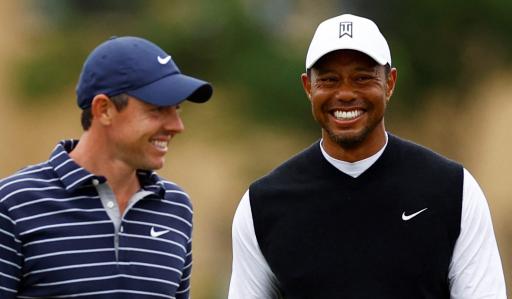 The world's best golfers tee it up in the 150th Open Championship at St Andrews in what is set to be one of the most memorable weeks in the history of the sport.

Rory McIlroy is the 10/1 tournament favourite as he bids to win his first major title in eight years, but it will be no easy task for the Northern Irishman who won The Open in 2014.

A man on everyone's radar this week is red-hot Xander Schauffele, who despite being major-less, is bidding to win his third straight tournament on the PGA Tour.

He also won the 36-hole JP McManus Pro-Am at the start of last week before his Scottish Open triumph, so he is technically going for four in a row.

At odds of 16/1, Schauffele could very much be the man to watch this week.

Elsewhere, World No.1 Scottie Scheffler has eased off the gas in recent weeks but he will certainly prove a major threat in his bid for a second major title this season to follow his memorable Masters victory in April.

Spain's Jon Rahm will also fancy his chances, as too US Open champion Matt Fitzpatrick and US PGA champion Justin Thomas.

Tiger Woods is going in pursuit of a fourth Claret Jug but at odds of 90/1, a fairytale fourth victory in golf's oldest tournament is highly unlikely.