What would it mean if a LIV Golf player were to win the 150th Open Championship? Here are five contenders... 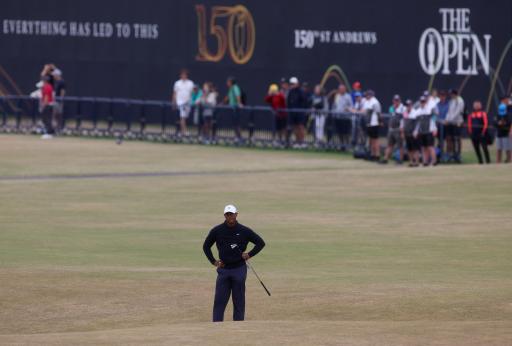 There is no denying the status quo in professional golf is under threat with the emergence of LIV Golf.

Even at the 150th Open Championship it is the subject of furious chatter by golf fans, analysts and even the players.

Greg Norman, LIV Golf’s chief executive, was disinvited from the celebrations at St Andrews. It was a decision that he described as “petty” as he hoped the R&A would “rise above” the drama.

Rory McIlroy, one of the favourites here, has waded in on that topic too. According to the Northern Irishman, that was the “right decision” as the “focus” should be on the landmark major, not golf’s apparent civil war.

LIV Golf, bankrolled by Saudi Arabia’s Public Investment Fund, has already attracted a number of high-profile players who are teeing it up this week at the home of golf.

These players have faced sanctions that include huge fines and suspensions from co-sanctioned events. It is not public knowledge the length of the suspensions.

Now the U.S. Department of Justice has begun an investigation into the PGA Tour over alleged anticompetitive behaviour.

Ahead of this week, the R&A followed the example of the other governing bodies of the majors.

The USGA allowed LIV Golf players to compete at the U.S. Open at The Country Club at Brookline.

At the US PGA Championship, PGA of America chief executive Seth Waugh admitted that he believed that there could be a future in which LIV Golf players aren’t allowed to compete.

Augusta National chairman Fred Ridley previously the media that Phil Mickelson, who has signed a $200m contract with LIV, that he wasn’t told to stay away from the Masters.

There is absolutely no denying that this is a tricky situation for the majors to navigate.

It doesn’t appear that the R&A are particularly happy with the rival series.

Norman isn’t here but there are several LIV Golf players competing this week.

Here are five LIV Golf players who have a reasonable chance of taking down the 150th Open Championship at St. Andrews:

What would it mean if a LIV Golf player were to win?

It would certainly be troublesome. There is likely a percentage of the crowd at the home of golf that would not be too happy to see a LIV Golf player lift the Claret Jug.

You’re following the money at the detriment of your peers and the game, they might say.

Others won’t be as concerned.

McIlroy has admitted that these days he isn't so much concerned with the source of the money.

But he doesn't agree with what LIV Golf are doing and would be "super happy" if it stopped existing.

But a LIV Golf player winning would undoubtedly force the major bodies’ hand. They would likely just have to accept the new order, however much they might not like it.

They need to feature the biggest names in the sport in order to continue drawing huge audience numbers.

And to do that, they’ll need to accommodate the LIV Golf players in the future.