Former World No. 1 Jon Rahm revealed that he has had to overcome a lack of mobility in his right ankle throughout his career in golf. 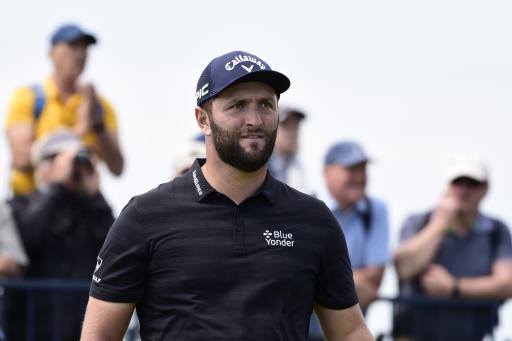 US Open champion Jon Rahm has revealed that he was born with a club foot and he has overcome physical limitations in order to rise up the golfing ranks.

Speaking to the media ahead of the 149th Open Championship, Rahm revealed that his distinctively short backswing is a result of a lack of mobility available in his right ankle.

Although his swing is short, the Spaniard generates a lot of power and it is this attribute that helped him win his first major championship at Torrey Pines last month.

"I have certain physical limitations that let me swing the way I swing, and I don't deviate from that," said Rahm.

"I didn't take a full swing because my right ankle doesn't have the mobility or stability to take it - They pretty much broke every bone in the ankle and I was casted within 20 minutes of being born from the knee down.

"I think every week I had to go back to the hospital to get re-casted, so from the knee down my leg didn't grow at the same rate. So I have very limited ankle mobility in my right leg. It's a centimetre and a half shorter, as well."

"If I create more speed, I have no stability. My ankle just can't take it."

It is incredible to think that despite Rahm's issues with his body in his early life, he has still developed into one of the best golfers on the planet, winning six times on the PGA Tour.

The 26-year-old is by no means finished either. He is the strong favourite to pick up his second major title and his first claret jug this week at Royal St. George's.

Rahm climbed to the top of the world rankings after his memorable US Open win at Torrey Pines, but he dropped back into second place behind Dustin Johnson after his seventh-place finish at the Scottish Open.

NEXT WEEK: BRYSON DECHAMBEAU FIRES BACK AT GOLF JOURNALIST: "I DO SHOUT FORE!"

jon rahm
The Open
club foot
US Open
royal st.george's
Previous
Bryson DeChambeau FIRES BACK at golf journalist: "I DO SHOUT FORE!"
Next
It's fair to say Brooks Koepka is NOT a fan of Royal St George's!