Jordan Spieth, Justin Thomas, Scottie Scheffler, Sam Burns and Rickie Fowler have been preparing for The 150th Open Championship on a series of links courses in Ireland. 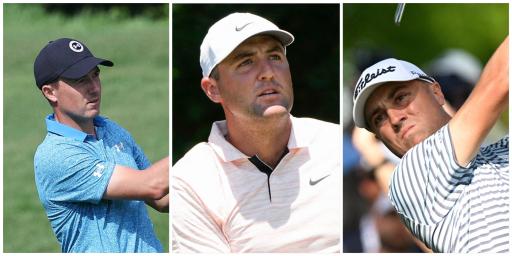 Jordan Spieth, Justin Thomas, Scottie Scheffler, Sam Burns and Rickie Fowler have made appearances at some of Ireland's premier golf venues this week.

All five players are teeing it up in the JP McManus Pro-Am tomorrow alongside Tiger Woods and other big names in the stellar field at Adare Manor.

Spieth reportedly teed it up at Lahinch Golf Club in western Ireland with the World No.1 Scheffler and Burns and he was accompanied by some local wildlife.

As you can see in the video below, the three-time major champion was accompanied by a goat as he played a shot to one of the greens at the former DP World Tour venue.

Jon Rahm won the Dubai Duty-Free Irish Open in 2019 at Lahinch and it is also where the South of Ireland Championship is held. This is a prestigious amateur event which was first played in 1895 and won by the likes of Darren Clarke, Paul McGinley and Graeme McDowell.

The conditions at each course they played sounded harsh and windy, the weather that you need to expect when playing at The Open.

Of course, the JP McManus Pro-Am isn't the only big event on the horizon. After the Genesis Scottish Open, we will arrive at The 150th Open Championship at St Andrews.

All five Americans are teeing it up at The Renaissance Club in North Berwick ahead of the final major of the year. Fowler is the only one in the group who isn't currently in the field for the landmark Open.