Tiger Woods intends to stay in Ireland to prepare for the 150th Open Championship, but he kept his cards close to his chest in terms of the location. 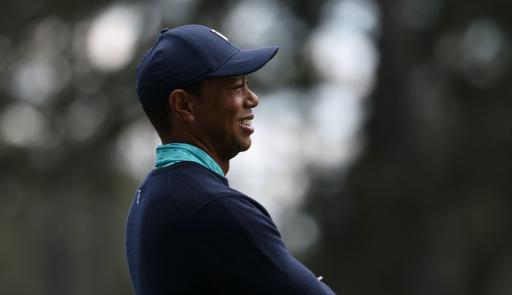 Three-time Open champion Tiger Woods refused to reveal where he'll be practising ahead of the landmark 150th championship at St Andrews.

As we saw last week, Jordan Spieth, Justin Thomas, Scottie Scheffler, Rickie Fowler and Sam Burns visited Lahinch, Tralee and Ballybunion in Ireland to prepare to compete at the home of golf.

Spieth was hilariously accompanied by a goat while playing golf at Lahinch and superb images were released of him and Thomas walking the links dunes with pints of Guinness.

We can't expect Woods to be strolling around necking pints of the black stuff. His body is a temple and health is his top priority as he copes with the aftermath of extensive surgery to his right leg.

Frustratingly, we may have to do some digging to discover where Woods will practise in Ireland ahead of The Open. He didn't tell the media at the JP McManus Pro-Am which courses he would visit in pursuit of his fourth Claret Jug, but he did reveal his favourite courses and holes on the Open rota.

"No, I don't want to tell you because I don't want everyone coming down and watching us. So, yes. Yes and yes," Woods said.

"On The Open rota, well, I think that, well, first of all, you can't beat 1 and 18 at St Andrews. Let's just start there. There are a few holes at Muirfield I truly enjoy. Obviously The Postage Stamp. I'm sure I'm missing a few others.

"There's one at Birkdale that's pretty good, it was like the fourth or fifth hole, the long one, dogleg right. That's always a good one. There's some good holes out there that we get a chance to play as part of the rota but nothing as iconic as the first and 18th at St Andrews.

"And Jack retiring as well, I got a chance to win the Open when Jack retired as well."

The Open couldn't have fallen in a better place to coincide with Woods' sensational return to golf. The course, despite its history and prestige, is unlikely to provide a test as gruelling as Southern Hills at the US PGA Championship.