New benefits for One Club members will include exclusive content from The Open Championship and exclusive access to event tickets. 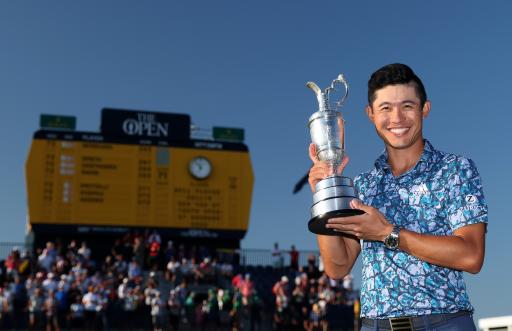 The Open Championship has announced a major evolution to the One Club Membership, offering once-in-a-lifetime upgrades to its members.

Following the successful launch in 2017 of The Open’s free-to-join membership for golf fans across the world, a new evolution to the membership has been announced ahead of the much anticipated 150th Open at St. Andrews in July.

A number of new benefits will be added to the roster this summer, giving fans across the world the chance to get even closer to golf’s original Championship.

As part of the announcement, Mastercard will become the Presenting Partner of the fan membership programme, while already being an Official Patron of the Open.

Related: Michelle Wie West will step away from golf after US Women's Open

Members who own and link their Mastercard to their One Club membership account will automatically become One Club Advantage members free of charge.

These members will see benefits such as access to playing some of The Open's iconic venues, bigger chances of securing tickets for future Opens and once-in-a-lifetime experiences at The Open.

The Open has listened to its members, of which there are now more than 700,000 of the most passionate golf fans across the world, to ensure that this next chapter of The One Club is better than ever.

"When we launched The One Club we delivered a truly unique offering for golf fans all over the world. The free membership meant people of all ages could get closer to The Open all year round with exclusive content," said John Espley, Director of Commercial Partnerships.

"We’re thrilled to be able to take the membership even further in partnership with Mastercard, allowing us to offer unrivalled benefits as part of the free membership, meaning golf fans can experience the magic of The Open in new and exciting ways."