Greg Norman, who was denied a spot in the 150th Open at St Andrews in July, has taken aim at the R&A. 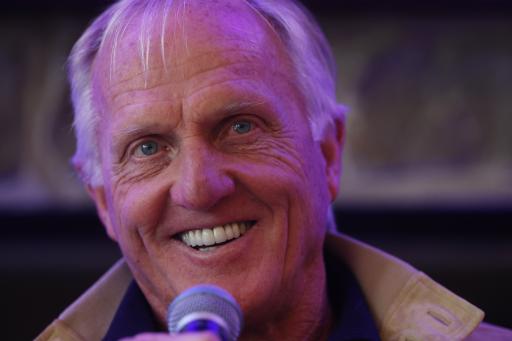 Greg Norman has taken a dig at The R&A over their refusal to grant him an exemption into the 150th Open at St Andrews.

The Great White Shark, 67, shocked golf fans a few weeks ago when he said he intended to come out of retirement to play the landmark major.

Norman has not played professional golf in more than 10 years. Past champions are exempt in the tournament until the age of 60.

Golf's governing body refused to change their rules to allow Norman, who won the Claret Jug in 1986 and 1993, to play.

The Australian is currently fronting the controversial, Saudi-backed LIV Golf Invitational Series which is due to begin next month.

Normal previously told the media of his Open intentions: "I'm filling out my entry form now, I think I'm going. I think I can still get in."

"If there's a moment in time that I would consider going back and teeing off one last time, maybe this is it."

It was later revealed that he had written to the governing body, pleading his case in an appeal. But they stood firm.

Only Mark Calcavecchia, 61, has been granted permission to play his final Open.

Last year's major was cancelled because of the pandemic. The 150th Open will welcome a record crowd of 290,000.

Norman is currently in the United Kingdom. This week he spoke to journalists about the controversial series.

He denied being complicit in sportswashing, though he angered many with his comments about the murder of the journalist Jamal Khashoggi.

"Everyone makes mistakes," he said, which sparked a furious reaction from his fiancée.

Norman has taken to Instagram and posted a photograph showing him hitting the opening tee shot at St Andrews.

"Prepping for no reason," he wrote. "But still one of my all time fav golf courses to play."