Is the Road Hole bunker the best miss on the 17th at St Andrews?

Shot Scope is the industry leader in GPS and automatic shot tracking technology and they have collected lots of data on St Andrews, the home of golf. 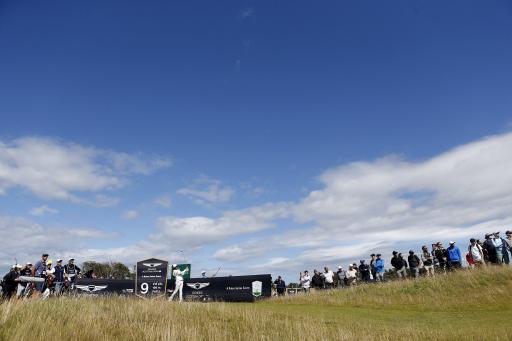 St Andrews has many iconic dangers from the Road Hole bunker to the Valley of Sin, but how difficult are they really to overcome?

Shot Scope has analyzed amateur golfers' performance on the historic Old Course using a database of 6780 rounds, with over 564,000 shots recorded.

These statistics allowed the top industry leader in GPS technology to assess the success rate of amateur golfers in the toughest, most famous spots at the venue of The 150th Open Championship.

The research shows that around the green on the 17th hole, amateur golfers are more likely to get up and down from the Road Hole bunker (15%) than they are from on the path or long of the green (4%).

We have seen many players struggle in the treacherous sand trap on this par-4, such as when Constantino Rocca couldn't get out of it when he lost to John Daly in a playoff at the 1995 Open Championship.

Only 20% of Shot Scope users made par on the 17th hole and 45% of players missed the fairway to the left. This is no doubt down to the fear of cracking your drive against the looming hotel on the right.

Many players have also hit their approaches short on the 18th hole at St Andrews, meaning their ball curls up into the Valley of Sin. But is it as sinful as it sounds?

According to Shot Scope, 43% of players managed to get up and down from the bottom of the steep slope with 50% of players settling for a bogey.

Data also suggests that if you want to birdie the final hole at the Old Course, you need to hit your tee shot over the road as 71% of birdies were made from this length of the drive.

The 9th hole proved to be the easiest amongst Shot Scope users with the average score being 4.15 on this vulnerable par-4. The 17th hole had a staggering average score of 5.31.

Next Page: Collin Morikawa is absolutely fed up with LIV Golf rumours: "Let it go"