"They've turned their back on what has allowed them to get to this position" - Tiger Woods rips into LIV Golf as he looks ahead to competing in the 150th Open Championship at St Andrews. 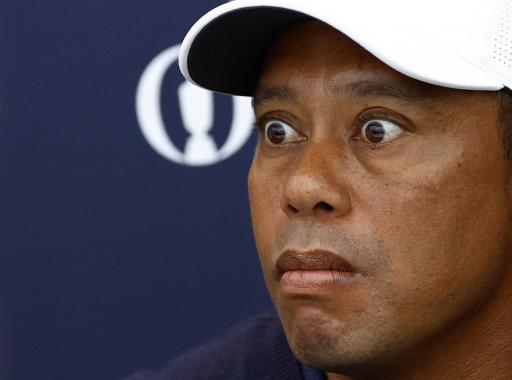 Tiger Woods has slammed all the golfers that have broken away from the PGA Tour to join LIV Golf ahead of this week's 150th Open Championship at St Andrews.

The likes of Brooks Koepka, Bryson DeChambeau, Patrick Reed and Phil Mickelson have all chosen to join the controversial Saudi-funded circuit led by two-time Open champion Greg Norman, and Woods quite simply cannot stand their reasons for making the move.

Woods, who is going in search of a fourth Claret Jug and third win at St Andrews, went in particularly hard on the LIV Golf defectors on Tuesday and even suggested that they could be out of future major championships as a result of not earning world ranking points.

"To play there [LIV Golf], I disagree with it," said Woods. "I think that what they've done is they've turned their back on what has allowed them to get to this position.

"Some players have never got a chance to even experience it. They've gone right from the amateur ranks right into that organisation and never really got a chance to play out here and what it feels like to play a Tour schedule or to play in some big events.

"And who knows what's going to happen in the near future with world-ranking points, the criteria for entering major championships. The governing body is going to have to figure that out.

Related: 5 LIV Golfers who could actually win The Open this week

Woods also believes the huge sums of money that LIV Golfers are now earning - regardless of their performances on the circuit - will no longer see them practising hard.

"But what these players are doing for guaranteed money, what is the incentive to practise?" Woods continued.

"What is the incentive to go out there and earn it in the dirt? You're just getting paid a lot of money up front and playing a few events and playing 54 holes. They're playing blaring music and have all these atmospheres that are different.

"I just don't see how, out of 54 holes -- I can understand 54 holes is almost like a mandate when you get to the Senior Tour. The guys are little bit older and a little more banged up. But when you're at this young age and some of these kids -- they really are kids who have gone from amateur golf into that organisation -- 72-hole tests are part of it. We used to have 36-hole playoffs for major championships. That's how it used to be -- 18-hole U.S. Open playoffs.

"I just don't see how that move is positive in the long term for a lot of these players, especially if the LIV organisation doesn't get world-ranking points and the major championships change their criteria for entering the events.

Next Page: Rory McIlroy says the R&A were right not to invite Greg Norman to The Open