Paul Lawrie has been given the honour of hitting the opening tee shot at the 150th Open Championship at St Andrews. 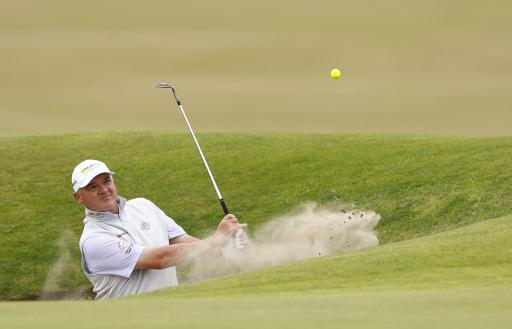 Former Open champion Paul Lawrie has been given the honour of hitting the first tee shot at the 150th Open Championship at St. Andrews.

The R&A have not yet confirmed the tee times and pairings for the first and second rounds at the home of golf ahead of the landmark major.

But they did, however, confirm that the 1999 Champion Golfer of the Year will get proceedings underway at the Old Course.

Lawrie, who also hit the opening tee shot in 2010, admitted that his nerves will racked come Thursday morning at first light.

"Mind you I could miss any fairway however wide it is. I just chipped it down in 2010. The stand on the right looks a little closer. It’s a bit tighter, it’s not tight, but a little bit. I think we’ll pop it down there somewhere.

"It’s always nice to hit the opening shot. It’s a nice thing to be asked to do and hopefully it’ll be flat calm. It’s obviously a huge occasion, a huge week, a big milestone so the more you think about it, yeah it is a big thing to do it in the 150th."

More: Can't call yourself a great player unless you win here, says Rahm

The Scotsman admitted the firm and fast conditions means it will be “proper links golf” this week.

Rory McIlroy is the favourite here. He’s said that he is not going into the major thinking that it’s “his time” but he suggested his confidence was extremely high.

McIlroy is also not ruling out Tiger Woods being in contention.

It’s a game of chess, McIlroy said. And there’s no better chess player than Woods at St Andrews.

Next page: Five LIV Golf players who could win The Open Championship