Aaron Rodgers gets TAYLORMADE CUSTOM FITTING ahead of The Match

Aaron Rodgers is teaming up with Bryson DeChambeau against Phil Mickelson and Tom Brady in the fourth edition of The Match. 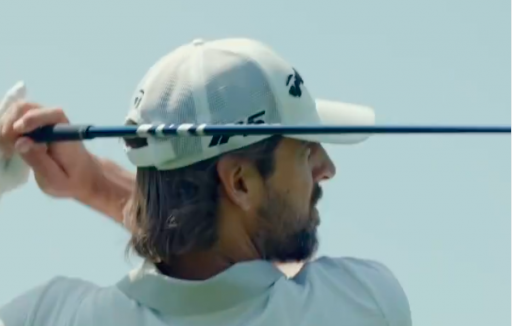 Aaron Rodgers has left no stones unturned in his preparation for The Match, as he teams up with Bryson DeChambeau against Phil Mickelson and Tom Brady in the fixture's fourth edition.

The Green Bay Packers quarterback and the 2020 US Open champion are participating for the first time against Mickelson and Brady, who lost as a pair in the second edition of The Match.

Rodgers wanted to prepare and get fully equipped for the big event which starts later today, so he went to meet Chris Trott from TaylorMade to get himself custom-fitted.

The 37-year-old was hitting the ball very well and looking extremely impressive as he prepares to take on a six-time major champion and the oldest major winner in golf's history in Mickelson.

When the four competitors faced the media on Monday ahead of their showdown, Rodgers wasted no time in sledging and aiming shots at his opponents.

"Phil coming off a solid T-70 in Detroit. He made three birdies on his last five holes to get to T-70. Bryson missed the cut, so not much better," said Rodgers.

RELATED: PHIL MICKELSON AND BRYSON DECHAMBEAU TRASH TALK AHEAD OF THE MATCH

Aaron Rodgers - What's in the bag?