Despite finishing second at The Masters and ranking 29th in the world right now, America's rising star Zalatoris needs a win to progress to the PGA Tour's FedEx Cup Playoffs next week. 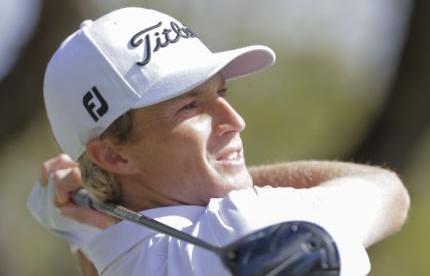 You might be left scratching the surface as to how America's rising star Will Zalatoris is in desperate need of a victory on the PGA Tour this week in order to qualify for next week's FedEx Cup Playoffs, but there is actually very good reason.

Despite finishing second in his Masters debut earlier this April and vaulting up to a current 29th in the world rankings, Zalatoris was granted a Special Temporary Member status on the PGA Tour for this season .

Unfortunately, that does not make him eligible for the Playoffs and only full PGA Tour members have such luxury of accumulating points without needing to rely on a win to make the Playoffs.

Zalatoris could have therefore finished second in every tournament he played this season, and still missed out. Only a victory will be enough to send him into the Playoffs, starting with the Northern Trust next week for the top 125 players in the standings.

The Playoffs then see the top 70 in standings progress to the BMW Championship, before the top 30 battle it out for the FedEx Cup at the season-ending Tour Championship.

Zalatoris has achieved five top-10 finishes on the PGA Tour in 2021, highlighted by his runner-up finish on debut at The Masters behind Hideki Matsuyama in April.

He unfortunately injured himself when hitting a ball out of thick rough at The Open last month, resulting in him withdrawing from the tournament, but America's rising star bounced back with a solid tie for eight at the WGC-FedEx St Jude Invitational last week.

While Zalatoris still admits to not feeling his best, he is going to give it his best shot at Sedgefield Country Club this week.

And even if he doesn't win and consequently misses out on the Playoffs, there is a good chance the American will head over to the European Tour to keep his game sharp to end the season.

RELATED: HOW TIGER WOODS PLAYED A VITAL ROLE IN WILL ZALATORIS' RUNNER-UP AT THE MASTERS

"I hadn’t touched a golf club since the British at that point," said Zalatoris.

"I just said, you know what, the docs said here’s your parameters, this is what you need to look for, and I went out and actually played on that Sunday and actually felt pretty good, was moving a lot better than I thought.

"I’m not really getting off my right side. I mean, when you see the distances that I’m hitting balls, you’re thinking, oh, he’s fine, but I typically like hitting kind of a cover cut a lot and I’m just kind of hanging on my back foot and hitting a really high draw.

"I’m getting my speed up and it’s been consistent, but I’m doing okay. I mean, it’s kind of one of those things where I’m just going to keep listening to my body in terms of future plans.

"Obviously this week, it’s win or go home. Second means as much as missing a cut, so I’ve got nothing to lose this week, but obviously were I not to win, I’m going to keep listening to my body, but as a backup plan, definitely looking at going to Europe."

NEXT PAGE: BEST BETS TO WIN THE WYNDHAM CHAMPIONSHIP

US PGA
Justin Thomas beats Will Zalatoris in playoff to win US PGA Championship AGAIN
US PGA
Will Zalatoris makes INCREDIBLE bogey despite lengthy rules situation
US PGA
Jordan Spieth shot BOUNCES OUT OF WATER in PGA Championship third round
US PGA
Devastating triple bogeys cost Rory McIlroy at US PGA as Pereira leads
US PGA
Who is PGA Tour star Will Zalatoris' girlfriend? Meet Caitlin Sellers