Abraham Ancer: What's in the bag of the WGC-FedEx St Jude Invitational winner?

After many close calls in his career, Abraham Ancer finally has a PGA Tour title to his name as he won the WGC-FedEx St Jude Invitational on Sunday. 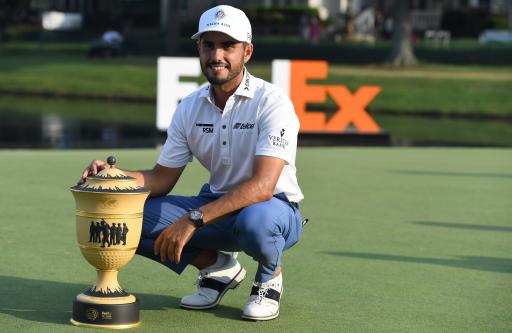 Abraham Ancer won his first PGA Tour title at the WGC-FedEx St Jude Invitational in Memphis, after beating Hideki Matsuyama and Sam Burns in a playoff.

The man from Mexico has knocked on the door on many occasions in 2021, finishing in the top-five on five different occasions including a runner-up finish at the Wells Fargo Championship.

Ancer shot 2-under-par at TPC Southwind on Sunday to join a playoff with Matsuyama and Burns, who shot respective scores of 7-under-par and 6-under-par in the final round.

All three competitors made a par on the first playoff hole, which was the par-4 18th hole, and they played the same one again and this was where Ancer took control.

Clutch!@Abraham_Ancer sticks it to six feet on the second playoff hole. pic.twitter.com/RmhgM7xZSn

After taking dead aim at the pin, the 30-year-old hit his ball six feet from the pin which proved to be the shot that won him his first title on the PGA Tour.

Abraham Ancer - What's in the bag?