Abraham Ancer WITHDRAWS from Valero Texas Open ahead of The Masters

Abraham Ancer has withdrawn from the Valero Texas Open at TPC San Antonio, but there has been no disclosed reason given yet. 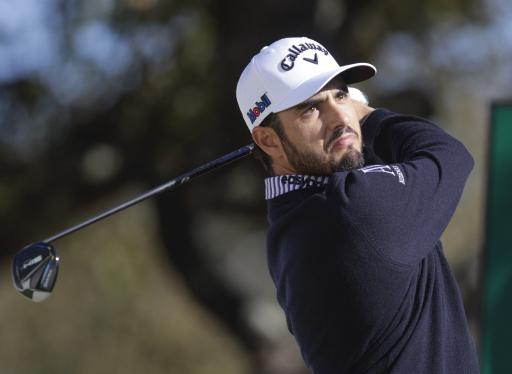 Abraham Ancer has withdrawn from the Valero Texas Open at TPC San Antonio this week, despite being one of the tournament favourites.

There has not been a disclosed reason for Ancer's withdrawal, but he has been replaced by Scott Gutschewski who has made 10 appearances on the PGA Tour this season.

Ancer, a one-time winner on the PGA Tour, doesn't have the greatest record at TPC San Antonio. Since his debut in 2016, he has failed to finish in the top 20.

In 11 starts on the PGA Tour in the 2022 season, the Mexican has made two top-10 finishes. He lost in the quarter-finals of the WGC Match Play last week to Corey Conners.

Related: The Masters: What is the Butler Cabin at Augusta National?

He has established himself as a respected and consistent player on the circuit in recent years. He won his first PGA Tour title at the FedEx St. Jude Invitational in 2021.

As disappointing as his withdrawal is this week, the Valero Texas Open promises to be an exciting event with a field that includes the likes of Jordan Spieth, Rory McIlroy and Bryson DeChambeau.

Spieth is the defending champion of the event and earlier in the week, he admitted that he is aiming to peak through to next Sunday in a bid to become a two-time Masters champion.

This is the first time McIlroy has played this event since 2013. He has taken a different approach to his Masters preparation in 2022.

As for DeChambeau, he is making only his second appearance after a lengthy injury layoff. He was eliminated in the group stages last week at Austin Country Club, so he will be hoping for a better showing here.

Next Page: Tiger Woods loves changes to Augusta ahead of The Masters: "Absolutely amazing"