In 2005, Steve Williams was so certain that Tiger Woods was going to win The Open Championship that he placed a bet on it. 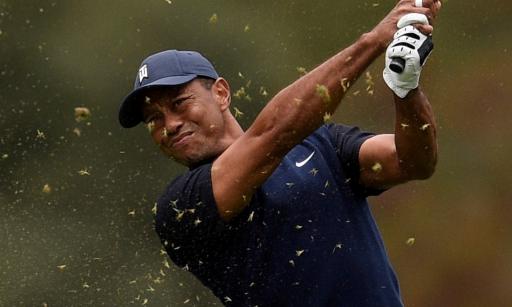 You will never usually hear of caddies playing bets on their playing partners winning tournaments on the PGA Tour, but not every caddie has carried for Tiger Woods.

Speaking to the Chasing Majors podcast, Williams told Evin Priest the story of Woods' build-up to The Open Championship at St. Andrews in 2005.

The tale started at the US Open of the same year. Woods finished second to Michael Campbell and while he was competing with the New Zealander in the final round, he made a mistake that was costly.

Williams described a "very easy" pitch that Woods failed to get up and down on the 16th hole at Pinehurst. The famous caddie revealed that he felt Woods used the wrong club to chip with.

He said that when he caddied for four-time major champion Raymond Floyd from 1989 to 1999, he had an incredible short game and he was able to chip with any club in his bag.

Related: Jordan Spieth has The Masters on his mind at Valero Texas Open

But Woods, who had won nine major titles up to this point, usually used a 56-degree wedge to play his chips with. So he set about improving his short game.

This is what stimulated Williams to bet on Woods to win The Open Championship at the home of golf that year. His chipping was the final piece of the puzzle.

"I knew that following that, he (Tiger) would work so hard on that aspect of his game that he would be a certainty at St. Andrews," Williams said.

"I actually put a bet on him at St. Andrews. The odds weren’t very good, but I did place a bet on him, and he, of course, won the tournament."

It is likely that Williams would've got odds of around 3/1, a short price compared to today's markets, but this is the calibre of player we were dealing with at the time.

Next Page: Paige Spiranac BURNS Bryson DeChambeau with tweet on The Masters