Adam Scott has put the new TaylorMade Stealth Plus driver into play this week after splitting up with Titleist earlier in the PGA Tour season. 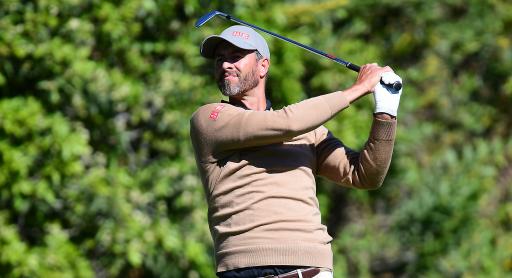 Adam Scott has put a new driver into play this week at The Players Championship, just a week after neglecting to use one during the Arnold Palmer Invitational.

Earlier in the 2022 PGA Tour season, Scott became a free agent after splitting with Titleist. He used to use the Titleist TSi4 driver with a Graphite Design Tour AD DI 7X shaft.

However, his new big stick has certainly had a baptism of fire in Florida this week. He shot a 78 in his first round and he has played one hole of his second round.

His driving accuracy is just over 40% so far, but the treacherous wind and heavy rain have not exactly made it easy for the Aussie to find a rhythm with his new club.

It would seem that the former World No.1 is experimenting with the top end of his bag now that he is a free agent. In the first round of the Arnold Palmer Invitational, Scott left the driver out of his bag.

Instead, he used a Titleist TSi2 2-wood with a Graphite Design Tour AD DI 9X DI 10X shaft and a TSi2 fairway wood as well.

When The Players Championship restarts today, he will have a tough task to avoid missing the cut for the first time this season.